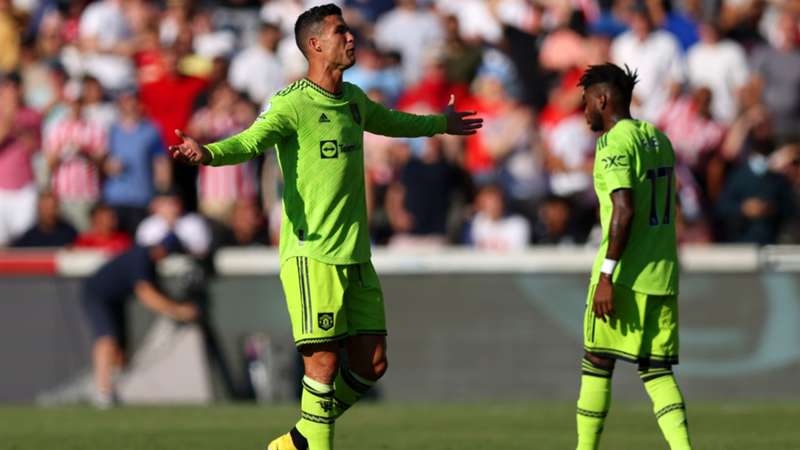 The former England international gave a brutal verdict on the state of the club on The DAZN Soccer Show.

Manchester United's Premier League season couldn't have got off to a worst start.

Two back-to-back defeats to Bright & Hove Albion and Brentford, two teams which they should beating, has led to the fans turning on the club's ownership, the players and also put new manager Erik ten Hag under a huge amount of pressure.

Former Arsenal and England striker, and United fan Leanee Sanderson spoke to The DAZN Soccer Show about the team's poor performances and what needs to change.

"I think all of them if I’m honest," Sanderson responded when asked about which players are failing to deliver for the team.

"Jadon Sancho, we got him for £78m, tried to get him for two years, I like him, but there has to be a bigger problem.

"Dean Henderson has just gone on loan to Nottingham Forest, had an unbelievable game on Sunday, every time he goes on loan, he’s fantastic.

"There must be some toxicity at the club somewhere."

Sanderson also gave her thoughts on who is to blame for the poor state the the club both on and off the pitch.

"For me the ownership needs to go, that needs to happen," Sanderson stated.

"We’re in debt, we took on debt as soon as they came, but then people say, ‘They’ve spent money’.

United's 2022/23 Premier League campaign doesn't get any easier with their next game being against Liverpool at Old Trafford on Monday night, the Red Devils were thrashed 5-0 when the two teams met at the Theatre of Dreams last season.