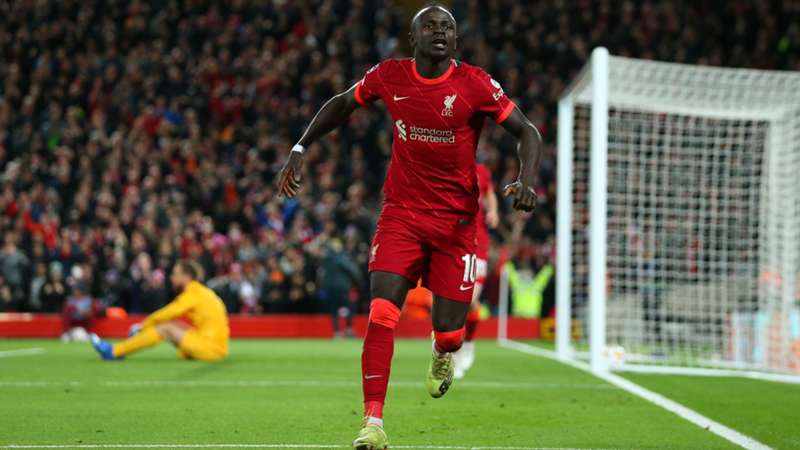 The Premier League side eased to another three points at Anfield.

Liverpool defeated Atletico Madrid 2-0 on Matchday 4 of the 2021-22 UEFA Champions League on Wednesday, winning Group B in the process.

The Reds were comfortable throughout the encounter at Anfield, with Diogo Jota and Sadio Mané scoring in the first half to put the match out of reach early.

Jota found the target in the 13th minute, getting on the end of a perfectly executed cross from Trent Alexander-Arnold. The right-back received the ball deep in the Atletico half and whipped in a first-time cross from the right flank that bounced at the top of the six-yard box before meeting Jota's head near the back post.

Liverpool doubled the lead just eight minutes after Jota's opener, and it was Alexander-Arnold again playing the role of provider — albeit unintentionally. After collecting a pass from Jordan Henderson, Alexander-Arnold struck a low shot from 20 yards out that skipped along the turf towards goal. The ball was redirected into the net by a charging Mané before it could roll harmlessly into the awaiting arms of Atletico goalkeeper Jan Oblak, putting the Reds firmly in charge with a two-goal cushion.

As if trying to overcome the deficit against a flying Liverpool side wasn't challenging enough, the Rojiblancos would see their task become even harder when defender Felipe was shown a red card in the 36th minute. The Brazilian was ejected for a tackle from behind on Mané, although the referee initially appeared ready to issue a yellow card only to change his mind after Felipe repeatedly refused to acknowledge the official calling him over.

Down to 10 men for nearly an hour, Atletico found it tough to create chances. Even so, the visitors thought they had pulled a goal back in the 57th minute when a Luis Suarez shot was deflected into the Liverpool net by Joel Matip. However, a VAR check determined that José María Giménez, who had headed the ball towards Suarez, was offside in the build-up.

The final half hour of play consisted mostly of Liverpool holding onto the ball while creating the odd chance, as the match felt over long before the final whistle.

The result sees Liverpool take a commanding seven-point lead in Group B, good enough to secure the top spot after just four matches.