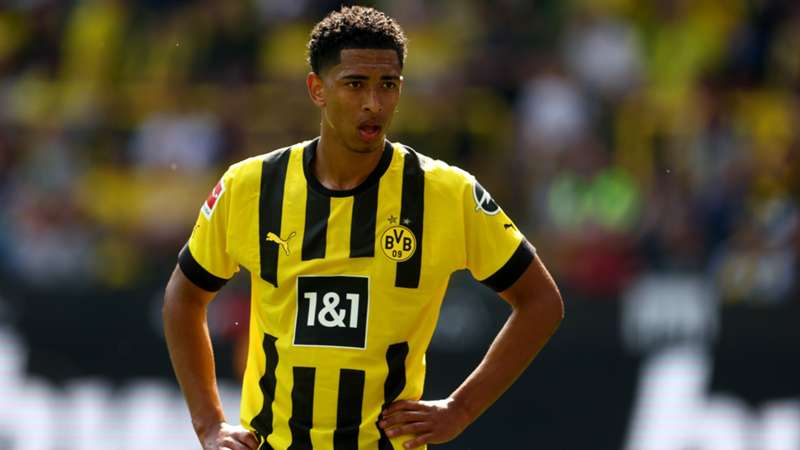 Lars Baron/Getty Images
Check your region for Usyk vs. Joshua 2 on DAZN

David Ornstein spoke about the future of the English midfielder on The DAZN Soccer Show.

It looks like either Liverpool or Real Madrid could be a possible destination for midfielder Jude Bellingham if he decides to leave Borussia Dortmund next Summer.

That's the view of David Ornstein who spoke to The DAZN Soccer Show about the future of the England international.

"Liverpool have long been linked with him now, before and after joining Borussia Dortmund, especially in more recent times," Ornstein said.

"Jurgen Klopp has been asked about this publicly, I think Dortmund intimated whether it’s been on or off the record that he’s going nowhere, but always one of the USPs of Dortmund signing players, we saw with Jadon Sancho, Ousmane Dembele, multiple others that they provide them with a platform to play great football, challenge for trophies, play in front of the Yellow Wall, but if the price is right, they are never going to stop them from moving on.

"Inevitably the time will come where Jude Bellingham either seeks himself or other clubs seek him, that bit is guaranteed, a move to the Premier League, a move to the continent, Real Madrid have been heavily linked with him.

"I think Liverpool would be one of the teams in the frame absolutely. You see the look on Jurgen Klopp’s face when he is asked about him, he’s a top player."

Ornstein didn't dismiss the interest of other clubs such as Chelsea, but he believes if any club were to tempt Bellingham away from Signal Iduna Park, the work needs to start now in what could be a fierce battle for the player's services.

"They would all love to sign Jude Bellingham, it’s who manages to put the right package together, who is doing the groundwork now.

"These are the important days, weeks and months to try and get the plan in place to do a deal in the Summer of 2023 and beyond."

Bellingham joined Dortmund from EFL Championship side Birmingham City in July 2020 and since then has made 93 appearances for the German outfit, scoring 11 goals.