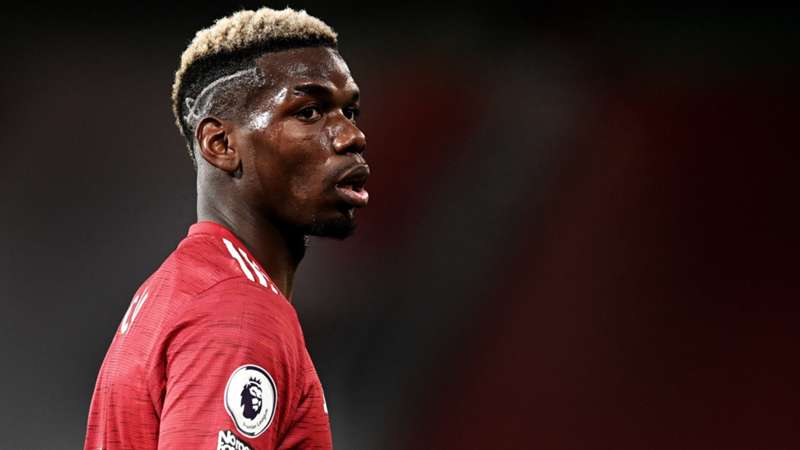 Paul Pogba's brilliant goal for Manchester United against Fulham saw his side go back on top of the Premier League after Manchester City beat Aston Villa earlier in the evening.

Manchester United regained their spot at the top of the Premier League with a 2-1 win over Fulham courtesy of an exceptional Paul Pogba strike.

United started their game against Fulham, knowing that they needed a win to leapfrog rivals Manchester City at the top of the table after Pep Guardiola's men won 2-0 at home to Aston Villa.

They almost immediately suffered a setback when Ademola Lookman seized on a long ball to finish past David de Gea, but United did not lower their heads. They were rewarded midway through the first half when Edinson Cavani pounced to equalize.

In the second half, United turned up the pressure, but Fulham still had the chance to keep Ole Gunnar Solskjaer's men occasionally threatened.

It looked as if United might struggle to find another goal, that was until a moment of magic from Pogba, whose brilliant control and quick feet worked space for a shot at goal, giving Alphonse Areola no chance.

In the day's earlier game, neither City nor Aston Villa could break down their opponent's defense in the first half, though the home side made the better fist of it.

Guardiola's players seized the chance of going top - at least until United played Fulham later on - but looked to be on course for a point when Emi Martinez was equal to an effort from Bernardo Silva in the early stages of the game.

Rodri went close with a shot that deflected off Raheem Sterling, and for Villa, Ross Barkley brought a decent stop from Ederson.

In the second half, City ramped up the pressure, and Joao Cancelo hit the post as the home side laid siege to their rivals' goal.

With 11 minutes of normal time remaining, Silva seized on an error from Tyrone Mings, drove towards goal, and curled a superb shot past Martinez. In the aftermath, Villa boss Dean Smith saw red for dissent after claiming Rodri was offside in the build-up.

Gabriel Jesus then won a penalty in the 89th minute as Matty Cash handled his goalbound header, with Ilkay Gundogan scoring to secure three points and top the division. For a couple of hours, anyway.

A win for Manchester United, who yet again come from behind, and yet again go top of the Premier League. Paul Pogba's exceptional winner suggests that the Frenchman is finally coming around to playing for the club, perhaps because he is demobbed happily. Fulham meanwhile remains in 18th position, four points off safety.

Martial and Greenwood are off, and Rashford and McTominay are on. A relatively defensive change and it gives United some new pace upfront if any space opens up. Five minutes of normal time remaining.

facebook twitter whatsapp
Fulham bring Mitrovic on up front, with Aina off. They are chasing an equaliser now.

facebook twitter whatsapp
Ruben Loftus-Cheek has the chance to trouble De Gea, but the 'keeper isn't made to work quite as hard as he should have been, and United stay ahead.

facebook twitter whatsapp
A fantastic goal by an occasionally fantastic player. Pogba takes a ball and controls it perfectly, beats two men and fizzes an effort past the 'keeper.

facebook twitter whatsapp
The Frenchman heads at Areola after Greenwood and Fernandes combine to create the chance. United are struggling to look really dangerous here.

facebook twitter whatsapp
Fernandes has a shot blocked, Greenwood has a cross headed out, and then Shaw has a volley blocked. United are still edging this, but it is far from one-way traffic.

United go into the first half kicking themselves for failing to keep things tight at the open. Fulham will know they could strike again, but they haven't been too mean at the back either. United look like the favorites to come away with the win, but they have been far from convincing.

facebook twitter whatsapp
...but for now they aren't doing much with it. They will need another goal, at least, to go top, but Fulham are holding on with limited ambition going forward for now.

Manchester United are level. Edinson Cavani is the man to equalize. Luke Shaw had played in Fernandes with a cross from the byline, but the midfielder hit the post. United didn't let up, though, and the Uruguayan finishes when a deflected cross meets his path.

Pogba was booked moments earlier for a cynical foul, and there's a chance that he will be punished by more than just a yellow. He looks in pain, with a blow to his ankle, and he may need to come off.

Fulham grabs an early goal. And Manchester United just will not learn. A ball over the top finds Lookman, played onside by the increasingly unreliable Wan-Bissaka, and the forward picks out an excellent finish to put the home side ahead.

1' - The match gets underway

Van de Beek remains on the naughty step for some inexplicable reason.

City have the three points and are finally back on top of the league. They have quietly scooted up the league in recent weeks, and as others stumble, they are now credible title challengers. A smart transfer or two before the window shuts, and they could be considered heavy favorites.

That's it, game over! With Villa on the back foot, City wins a penalty. From a corner, Jesus heads the ball goalwards, and Cash blocks the ball with his arm. It's a fair call, with Cash not in a natural position by any means, and Gundogan duly converts.

facebook twitter whatsapp
Villa is down to, er, eleven men. Manager Dean Smith complained that Rodri was offside in the build-up to City's opener, though it appears he wasn't interfering with play. He gets a booking, then carries on with his radge words, and is given his exit instructions.