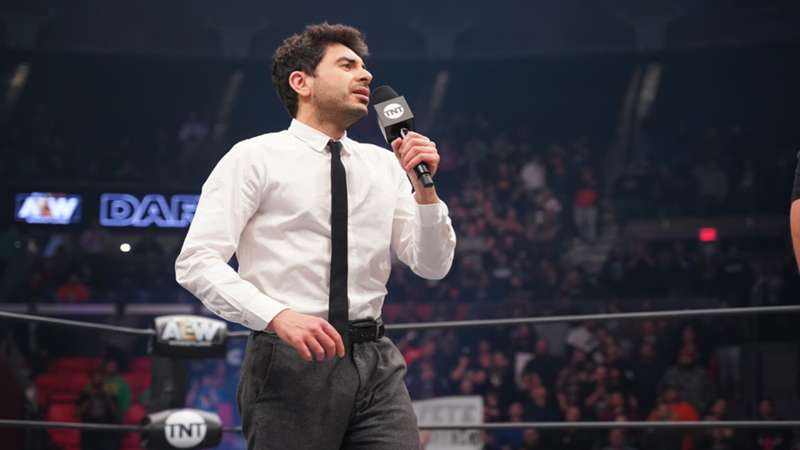 The head of AEW talks about the most important wrestlers currently in his company.

The beginning of September was a difficult period for All Elite Wrestling.

CM Punk, the company's biggest attraction, had just regained the AEW heavyweight title from Jon Moxley at All Out on Sept. 4. At the post-event press conference, Punk went off the rails and cut vicious promos on former friend Colt Cabana, former heavyweight champion Adam Page and the new Trios champions and AEW executive vice presidents, Kenny Omega and The Young Bucks.

After his presser, there was a confrontation between Punk, Omega, and The Bucks. The incident became physical. All four were suspended and haven't been seen on AEW television since then.

As of late, things have picked up for the company heading into Wednesday night's three-year anniversary edition of AEW Dynamite (8 p.m. ET, TBS). AEW owner and CEO Tony Khan feels they have momentum largely because of three particular wrestlers.

"I think Jon Moxley, the AEW world champion, and Chris Jericho have stepped up in a major way," Khan told DAZN.

"I think a lot of fans would see they've both had an incredible run of matches, including against each other at Quake by the Lake in August. Since the Grand Slam tournament champions started, we've been on a great run. And I think they're leaders backstage.

"And I think Bryan Danielson also is a huge part of this. Moxley and Chris have been here from the very beginning, and Bryan stepped in and has been one of the most prominent people on the TV shows. So he's a huge part of it.

"Backstage, I think they're all leaders and have helped us get through this period. Bryan was out for a while, and since Bryan came back, it's been some of the best TV we've done. I am grateful he's been a big part of it because it's been great to have Bryan in the shows.

"He's one of the best wrestlers in the world and he's also been in some of the best matches this year, including against both the people I just named, Jon Moxley, and Chris Jericho. So both on-screen and off-screen, I think they're just a hugely valuable presence in AEW."

Being without major cogs of your company is challenging for any organization. AEW has rebounded without Punk, Omega and The Bucks. But what if Khan didn't have Moxley, Jericho, and Danielson at his disposal?

"I don't know. I think it'd be very challenging," Khan admits. "If you looked at many teams, and took three players off of them, three of the most featured and productive players on the team, I think those teams would struggle.

"If you take (Larry) Bird, (Kevin) McHale and (Robert) Parish or Magic Johnson, Kareem (Abdul Jabbar) and (James) Worthy or (Michael) Jordan, (Scottie) Pippen and (Dennis) Rodman off (their) different sports teams (and) you took those three most productive players off.