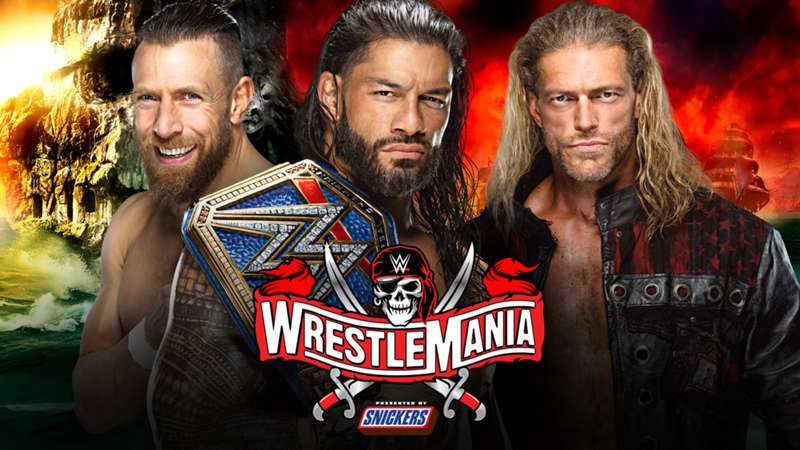 Everything you need to know about pro wrestling's biggest annual event.

WrestleMania 37 will be the organization's first event with fans in over a year because of the coronavirus pandemic. For WrestleMania 37, the capacity for each night will be 25,000 people. It will also be the second consecutive year that WWE presents WrestleMania over a two-night span.

Some of the key matchups on night one include Sasha Banks defending the SmackDown Women's championship against the winner of the 2021 Women's Royal Rumble, Bianca Belair. Also, Bobby Lashley puts the WWE championship on the line versus Drew McIntyre and Braun Strowman takes on Shane McMahon in a steel cage match.

The notable bouts for night two are Universal champion Roman Reigns battling Daniel Bryan and the 2021 Men's Royal Rumble winner Edge in a triple threat match. Other notable contests include Asuka putting her RAW Women's title up for grabs against Rhea Ripley and Randy Orton battling The Fiend.

Here is everything you need to know about WrestleMania 37.

What time does WrestleMania 37 start?

Both nights of WrestleMania 37 begin with the kickoff show starting at 7 p.m. ET with the main show getitng underway at 8 p.m. ET. The cards for both evenings are expected to last around three and half hours, meaning the show will likely end around 11:30 p.m. ET.

How to watch WWE WrestleMania 37

For the first time, WrestleMania will be live on Peacock in the United States as the WWE Network transferred to the NBC streaming service in March.You can purchase a premium subscription for $5 per month.

If you don't have capable internet speeds, you can order WrestleMania 37 through your cable or satelitte provider on a pay-per-view price of $29.99 per night.

WrestleMania 37 takes place from Raymond James Stadium in Tampa, Fla., the home of the Super Bowl champion Tampa Bay Buccaneers. It is the first time WrestleMania has taken place at the venue