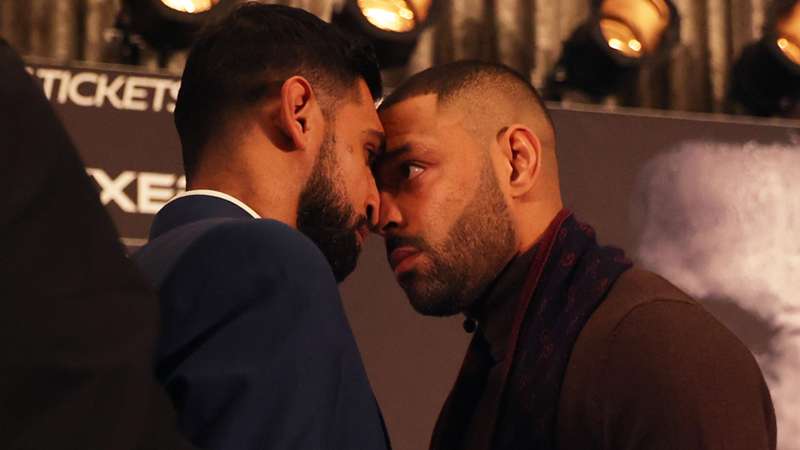 The two British veterans are in one for one last high-profile bout.

Kell Brook and Amir Khan are putting in the hours in the gym ahead of their fight on February 19, according to promoter Ben Shalom.

Talking to Sky Sports, Shalom said of Brook: "He is being watched carefully and is training amazingly.

"I spoke to his dad - they have never seen him so up for a fight. And obviously he has fought Gennadiy Golovkin and Errol Spence Jr and Shawn Porter.

"But he has never been as dedicated as this.

"Kell is in a new world that nobody has witnessed him in.

"He is doing everything asked of him, he is training relentlessly, he isn't on his phone! This is the fight of his life."

Khan meanwhile has moved over to the United States to train, with both Brian ‘BoMac’ McIntyre and welterweight champion Terence Crawford in his camp.

Shalom explained: "Amir, similarly, is having a great camp in the US - on his own in the most difficult camp of his life where, apparently, they are absolutely killing him!

"His wife is in Dubai. There is so much sacrifice going on.

"It becomes more exciting when you realise how seriously they are taking it.

"This will be an elite-level fight.

"Kell fought for a world title only last year and there were a lot of mistakes in the training camp. He didn't even take Dominic Ingle over for that fight.