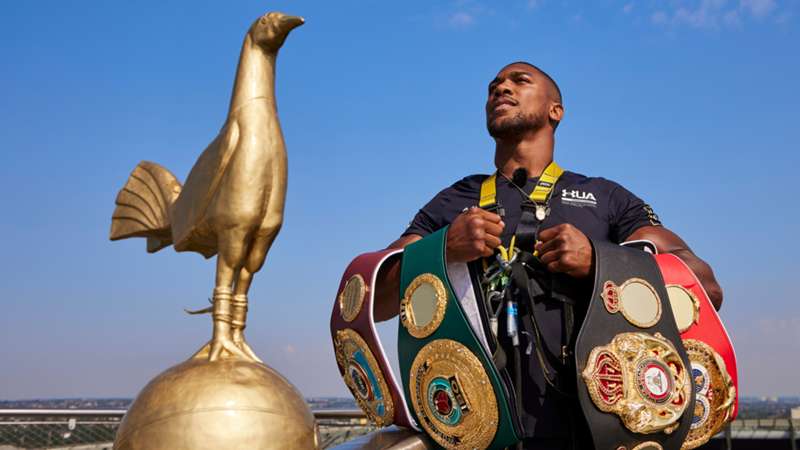 The Matchroom head explained that the three-belt champion is only interested in fighting to become undisputed.

Eddie Hearn says Anthony Joshua will aim to fight whoever wins out of Tyson Fury vs Deontay Wilder.

Speaking to the DAZN Boxing Show, the Matchroom head explained that for his fighter, he is only interested in becoming the undisputed heavyweight champion, and therefore WBC champion Fury is in his sights.

However Wilder forced through a trilogy rematch with Fury and will fight him on October 9, two weeks after Joshua defends his belts against WBO mandatory Oleksandr Usyk. Assuming Joshua wins, he will then wait to see who comes away in possession of the last belt he wants to get his hands on.

“So you know, I hope again, I've a horrible feeling that fight doesn't happen on October 9th. I hope it does but I'm not confident. And AJ's got to just take care of Usyk. This is going to be a really, really tough fight. But whoever wins that fight, Wilder or Fury is the target, because it's only ever been about undisputed. And First things first: Usyk, September 25th.”