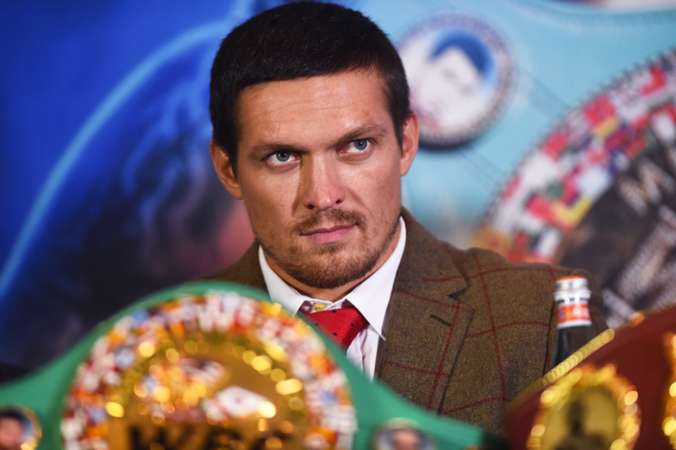 The Matchroom promoter is ready to talk up the fight after the official announcement.

Eddie Hearn believes 60,000 spectators will be able to watch the ‘great’ fight between Anthony Joshua and Oleksandr Usyk in September.

A fight was confirmed for September 25 at Tottenham Hotspur Stadium, London, after weeks of speculation that the fight would go ahead.

Usyk was expected to take on Joe Joyce in a WBO mandatory eliminator, while Joshua had planned to meet Tyson Fury in Saudi Arabia to settle the title of undisputed heavyweight champion.

However Fury was forced to take on Deontay Wilder in a trilogy rematch - which itself has been derailed by the WBC champion’s coronavirus infection - and so the WBO stepped in to order a fight between the Ukrainian and Joshua.

That has now been confirmed, and Eddie Hearn gave some of the details on the DAZN Boxing Show.

“All the seats will be open,” he explained.

“So yesterday in the UK, we had something called Freedom Day, which basically meant life returns as we used to know it, hopefully.

“So everything now is officially open. So we will be having over 60,000 there on September 25, for Joshua against Usyk, which will be fantastic. I've definitely aged over the last three months because of all the questions, you know, ‘What's happening with this Joshua-Fury?”

“Because there was no tearing rush, and we wanted to get everything right, particularly with the announcement of Freedom Day. Yesterday, we just took our time.”

While some are disappointed that a huge clash between Joshua and Fury will have to wait, and is now in some doubt, Hearn is looking forward to the fight he has been able to make.

“Today's a nice day where we can just get everything out and say, guys, I know that the world wanted Joshua against Fury, but, I tell you, you got a great fight.”