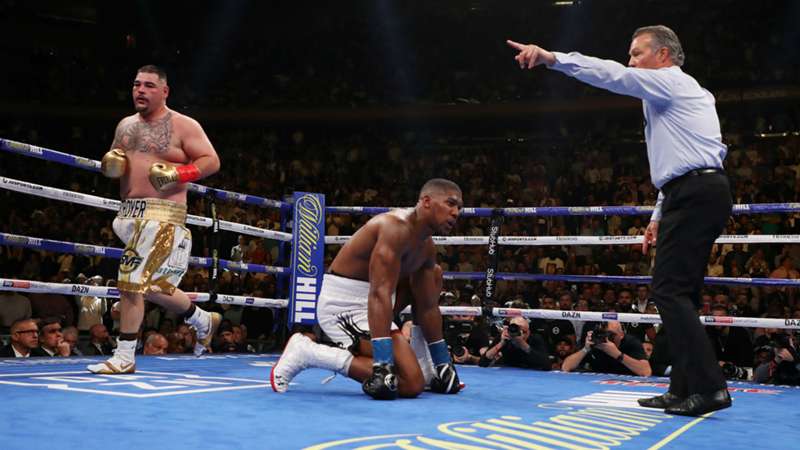 Bob Arum has delivered a scathing assessment on Anthony Joshua.

Bob Arum is still not convinced with Anthony Joshua. The veteran promoter, a highly respected boxing figure who has seen a lot come and go in the heavyweight division, has not been impressed with what he has so far seen from Joshua.

Arum, a key part of Tyson Fury’s team in his position of American promoter, is expected to take a vital role when negotiations for a fight between his man and Joshua resume if the former beats Deontay Wilder in their trilogy bout on Oct. 9 and if the latter takes care of business against Oleksandr Usyk on Sept. 25. With that fight expected to occur early in 2022 as long as each man wins their respective next bouts, Arum has provided a brutal assessment of Joshua.

"I’m not thrilled with Joshua,” said Arum when speaking to Gareth Davies.  “I don’t think much of Joshua because every time the name Joshua is mentioned, I see him laying on the canvas after getting hit by a non-puncher like Andy Ruiz. I’m telling you the truth. I may be underestimating Joshua, but I’m not convinced that Joshua is an elite heavyweight.