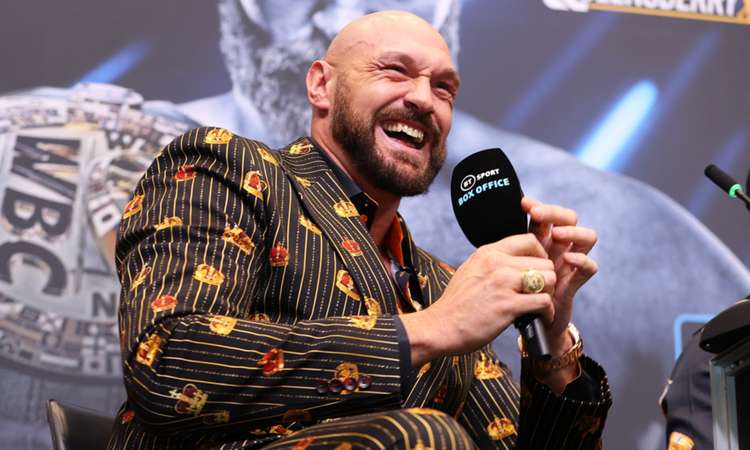 This was Miller's first fight in four years after being banned from the sport of boxing for drug offences which ruled him out of a world heavyweight title clash with Britain's Anthony Joshua in 2019 and then with Jerry Forrest a year later.

Now the 33-year-old is looking to re-establish himself as a major name in the heavyweight division and promoter Dmitry Salita claims a fight with Dillian Whyte would be the prefect way for Miller to put himself in world title contention.

“I believe Jarrell Miller versus Dillian Whyte has the potential to be one of the most explosive fights in the heavyweight division," Salita told Lord Ping.

"The personalities, the styles - Jarrell will come to fight, he’ll come to seek and destroy and put on a show for the fans. And then there’s the crossroads nature of this fight that makes it a really interesting tussle. Their blend of characters would create a huge spectacle and the winner would be in line for a world title shot - the build up alone would be box office."

In preparation for his fight with Whyte last April, Tyson Fury brought Miller into his camp as a sparring partner and Salita believes Miller may look to acquire the services of Fury's trainer Sugar Hill Steward after enjoying his time at Fury's camp.

“Jarrell is happy to go to the UK, which has become the center of heavyweight boxing.  He loved the camp with Tyson Fury. He also enjoyed working with Sugar Hill Steward, Fury’s trainer.

"As of now Jarrell is not working with Sugar Hill full time but that could change in the future.”

Salita also wasn't afraid to give a prediction for a potential fight between Miller and Whyte.

“He learnt a lot from working with the heavyweight champion of the world and now Jarrell’s ready to follow in Tyson’s footsteps and KO Whyte - but he has to be at his very best," Salita said.

"Whyte is a world class fighter who has shown incredible ability to come back on top after defeats. But Jarrell at his best is one of the leading heavyweights in the world.

"I am confident that at his best he has the ability to not only beat Whyte, but stop him.”