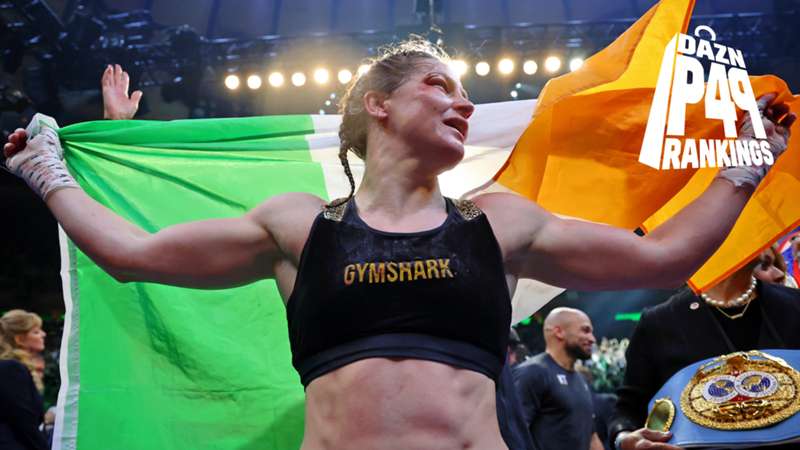 Who are the best of the best at present?

Women's boxing continues to go from strength to strength, not only with high-profile and exciting fights but with elite stars constantly bolstering their already-impressive resumes.

Here, we will track what, in our view, is the top 10 of women's fighters today. Who is on the rise and who is at risk of dropping down the charts? Find out below!

Here are some of the things considered by the DAZN editorial team towards these rankings:

In one of the best women's fights ever, Katie Taylor survived a brutal round five to overcome Amanda Serrano at Madison Square Garden to retain her spot via split decision. The contest lived up to the incredible hype and talks are already underway to stage a rematch between the exciting pair.

Although Amanda Serrano missed out on the chance to become number one, her effort against Katie Taylor is enough to keep her in second spot. Serrano displayed huge guts and was unfortunate not to end the contest in round five. She'll be confident of settling the series if a rematch takes place.

Shields is currently the fighter who completes the women's P4P top three in the eyes of just about every boxing fan. However her respectable two-fight dabble with MMA (1-1) halted her pound-for-pound momentum. Now back to winning ways in a boxing ring, her case for moving up would be strong if she vanquished either Savannah Marshall or Franchon Crews-Dazurn (both also ranked here) later this year.

After gate-crashing the rankings with a brilliant win over Cecilia Braekhus, Jessica McCaskill solidified her position as one of the world’s best fighters by repeating the result in March 2021. The Chicago star most recently forced Alma Ibarra to quit on her stool after three rounds, and a return to 140lbs for more championships could be next for the fighter with the best chance of disrupting the P4P top three in the near future.

After finishing 2020 with the fastest knockout in female boxing history, Estrada has moved on to become world champion with a three-win 2021 and a 22-0 record overall. As a result, she reclaims fifth spot amidst some really hot competition among the sport's elite.

After securing her first world championship last year by defeating Ewa Brodnicka, Mikaela Mayer fulfilled the potential that had long been predicted for her. After decisioning Jennifer Han in April, all roads seem to lead towards a Mayer vs. Alycia Baumgardner unification fight, which would give the winner a real chance of challenging the status quo of the top-3.

The Norwegian's dominant 36-fight run prior to her title loss and subsequent rematch defeat to Jessica McCaskill mean Braekhus remains one of the best around. However at the age of 40 and with no new fights since the second McCaskill battle, she will likely find a host of top talent ready to overtake her on the list if she doesn't begin the bounc

Marshall returned from injury with a commanding finish of Femke Hermans to retain the WBO middleweight title, but the status of her discussed superfight against Claressa Shields remains up in the air. If it did take place in 2022, it would be the Brit's opportunity to crack the top-3.

Baumgardner followed a four-fight win streak by stunning WBC and IBF super-featherweight champion Terri Harper — who many felt was on the verge of making her own debut on this list — with a fantastic showing to claim both belts. The Ohio fighter could be one to watch going forward.

As well as Katie Taylor making history against Amanda Serrano in NYC, Franchon Crews-Dazurn also made headlines for female boxing. Her engrossing and physical points win over Elin Cederroos on the undercard ensured that she left Madison Square Garden as the women's undisputed champion at super-middleweight.