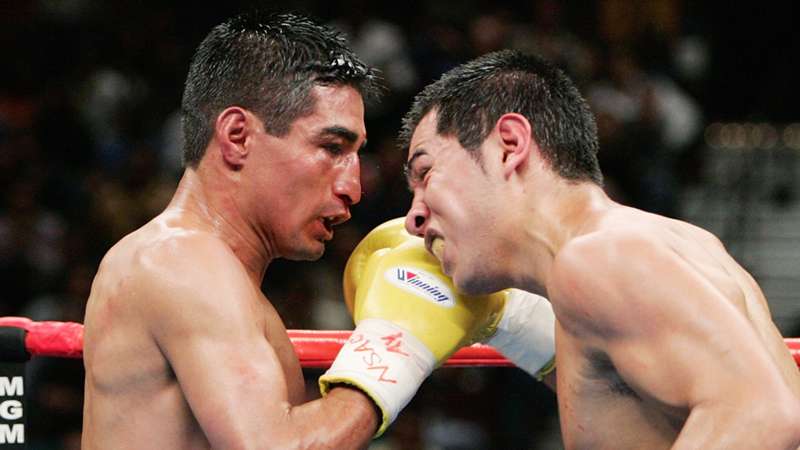 Two boxing legends to square off for the fourth time.

One of boxing's greatest rivalries is going to be renewed, albeit in a different fashion.

On Thursday, it was made official that Mexican superstars Erik Morales and Marco Antonio Barrera will lock horns for the fourth time in a six-round exhibition at a site to be determined. Morales and Barrera were set to face one another on Jan. 15 in Dallas, but the former contracted COVID-19.

Morales and Barrera fought three times in four years in highly entertaining and close fights. The first matchup was in January 2000, with Morales winning by split decision to retain the WBC super bantamweight title. Barrera gained revenge in June 2002, getting the nod by unanimous decision to capture the WBC featherweight belt. Barrera capped things off in November 2004 by winning the trilogy bout via majority to win the WBC super featherweight strap.

Morales, 44, (52-9, 36 KOs) hasn't fought since losing back-to-back fights to Danny Garcia in 2012. The former four-division world champion is happy to put back on the gloves against his greatest adversary.

"It will be a great fight, especially to support young people who are in trouble a year after the health crisis," Morales said. "To be able to serve and help is great. Being in the ring will be exciting. It's different after a long time of not being in the ring to be in front of an audience. But being with your worst enemy is a nice thing."

Barrera, 47, (67-7, 44 KOs) last stepped into the ring in February 2011, beating Jose Arias via second-round TKO. Like Morales, Barrera is excited to don the gloves one more time.

"For me, it is very exciting. However, I have been retired from boxing for ten years," Barrera said. "When they talked to me and told me about the project, I have always liked to help. It fills me with nervousness and excitement to step on a stage like this again. Both 'Terrible' and I used to leave everything in the ring, and the people know it."