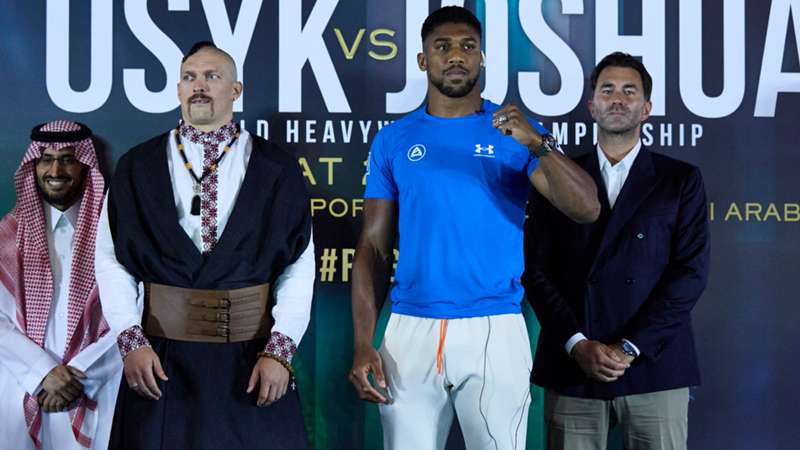 Oleksandr Usyk and Anthony Joshua are set to renew hostilities.

Oleksandr Usyk will once again defeat Anthony Joshua on points.

That’s the opinion of Freeway Rick Ross, boxing’s newest manager who’s looking to guide his stable of fighters to the top of the sport.

The American entrepreneur is fully hands on in the boxing industry and he will be a keen observer when Joshua faces Usyk this Saturday night in Jeddah, Saudi Arabia.

Last September, Usyk caused a mini upset when he travelled to London’s Tottenham Hotspur Stadium to relieve Joshua of his heavyweight titles.

Different directions have been teased for both fighters in the aftermath, but they meet again this weekend and Ross is backing Usyk to repeat the victory that he enjoyed 11 months ago.

“This is going to be the fight of the year in my opinion,” said Ross when speaking with DAZN.

“The fact that Anthony Joshua has his back against the wall is what’s going to make this fight one for the ages.

“Usyk is not about to let this man take his zero, so you know he’s coming hard. Both guys are going to leave everything in the ring. I’m leaning towards Usyk because he has the mental advantage from winning the first fight. He’ll win by decision.”