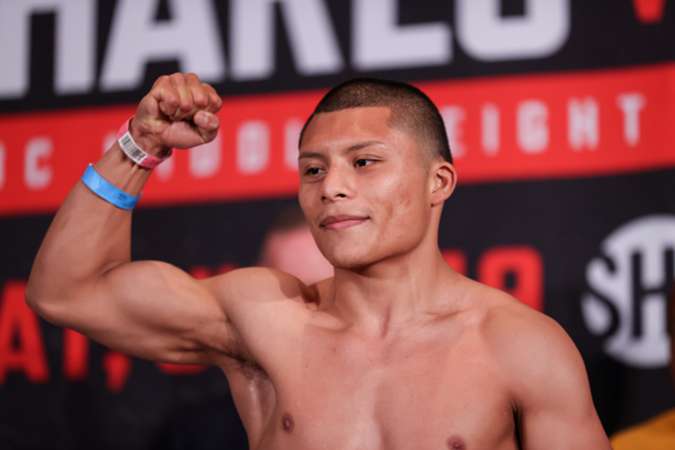 The Mexican fighter will go for the opportunity of a lifetime in Los Angeles. He is sure that one slip-up could make the difference.

At just 23 years of age and with a record that backs him up as a highly aggressive boxer, Mexico's Isaac Cruz will step into the ring at the Staples Center in Los Angeles looking to make a definitive move.

This Sunday, "Pitbull" Cruz will face one of the most recognized and dangerous fighters of today in Gervonta "Tank" Davis and will challenge him for the WBA lightweight title. The fight will also be Cruz's first title opportunity, so getting to this point has been very special.

"It's been a very hard and tough camp but I'm very happy. I've enjoyed it a lot, it's a tough fight, but it's not impossible to pull off a surprise. I don't underestimate or disrespect Gervonta. I respect him and thank him for the opportunity he gave us," Cruz told DAZN News. "We are very well prepared to put on a good show.

"Without a doubt we've given a lot to talk about in the ring and we've done it through sacrifice, effort and hard work. Nothing has been given to us and what better way to do it than to beat big names and this will be no exception.

"All the fighters are different, each one has his degree of difficulty, his weaknesses and that's what we work on, each camp is different and we will take advantage of the good and bad of Gervonta. Well, he opens his mouth a lot and neglects his guard and I'm going to take advantage of that in the best way.

"I plan to show Gervonta how hungry I am to be a world champion.

"Nothing in this life is impossible — and even more so after seeing [George Kambosos Jr.]'s win over Teófimo López. We have prepared to achieve it.