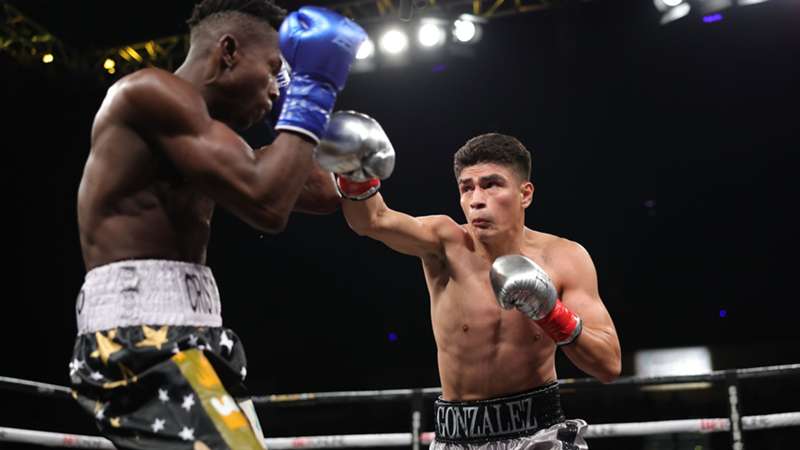 Five days after watching his brother Joet Gonzalez lose to Isaac Dogboe on a split decision, Jousce Gonzalez made sure his fight with Jose Angulo wouldn't reach the judges' scorecards by knocking out his Ecuador opponent in the third round.

Gonzalez struggled in the early rounds and allowed Angulo to take the lead who occasionally managed to land a right hand.

However, come the third round, it was Gonzalez who asserted dominance. Angulo continued to look for openings, but the American was quick to counter attack, using his jab to set up a perfect left hook to Angulo's body.

Angulo then hit the ring canvas, spitting out his mouthpiece and remained down for the full 10 count.

Gonzalez is now 13-0-1 (12 KOs) following this win over Angulo, and despite still getting to grips with the world of professional boxing, the 27-year-old already has his sights set on some of the biggest names in the super lightweight division.