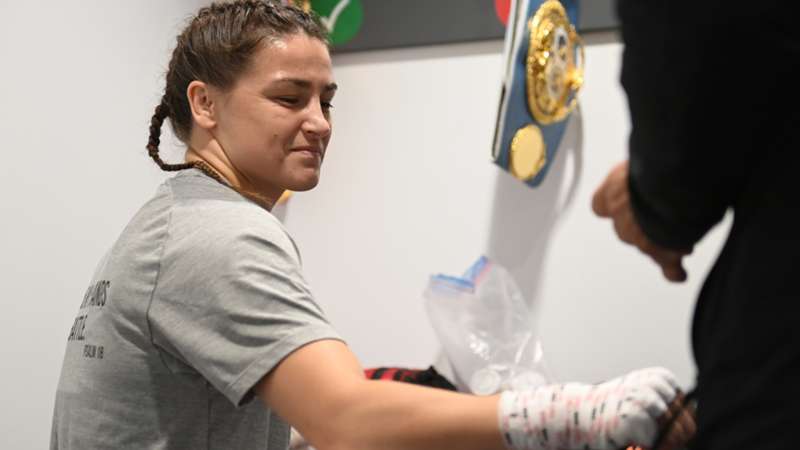 In his debut as a DAZN columnist, former cruiserweight champion of the world Tony Bellew cannot wait for history to be made on April 30.

It’s a pleasure to be providing my opinion on DAZN and looking at the current schedule that the platform has to offer, it looks like I’m going to have plenty to talk about.

The upcoming fights on DAZN already had me excited and that got even bigger with the announcement that Katie Taylor will face Amanda Serrano in April at Madison Square Garden, live on DAZN, in what will be the biggest women’s fight of all time.

The New York City venue has long been the home of big fights and Taylor vs. Serrano won’t be out of place with the events of yesteryear. This is two of the most talented female boxers on the planet, both at their peak, both promising victory, and I can’t see it being anything but exciting and dramatic.

History Will Be Made. The first ever female headliner in MSG's 140 years of boxing 💥

Taylor can be proud of the impact she’s had on women’s boxing, and her rise from winning amateur medals to undisputed champion in the pro game has been nothing short of remarkable. She’s taken part in massive fights in both the U.K. and America, and her popularity has allowed other female boxers to enjoy big opportunities.

In Serrano, Taylor is facing someone who has made incredible improvements in the last few years and there’s plenty within the sport who are saying that she should be the favourite in this fight. There are a few blemishes on her record early on in Amanda's career, but you can’t have any complaints about the level she’s performed at in the last few years. She’s a dangerous fighter and she’s by far the biggest test of Taylor’s career.

When I look at both fighters, I see two talented world champions at the top of their game with legacies secured no matter what the result on April 30th. Victory for either fighter will see them go to a different level completely though and that’s why I think the result is so important for both fighters and for women’s boxing in general.

This will define a career for whoever is successful. Forget what’s happened in the past, everything is on this line in this one fight.

IT'S GOING DOWN in April and the numbers don't lie. 👀#TaylorSerrano pic.twitter.com/MsIdvJ7Af6

With the fight still a few months away, I can’t call the outcome at the moment, but my head does say that Serrano gets the job done despite my heart saying Katie. This is everything boxing should be.

Two fantastic champions at the peak of their powers coming together to deliver what will be a huge event to determine who’s the best. Plenty in the sport can learn a lot from Taylor and Serrano.

The build-up will be terrific and I’m counting the days until the first bell goes. New York is one of the world’s biggest fight cities and the boxing fans out there will be treated to an absolute classic once the fight gets underway.

This is a fight that is going to deliver so much exposure for women’s boxing and for people watching live on DAZN, I’m certain they’re in for a brilliant night.