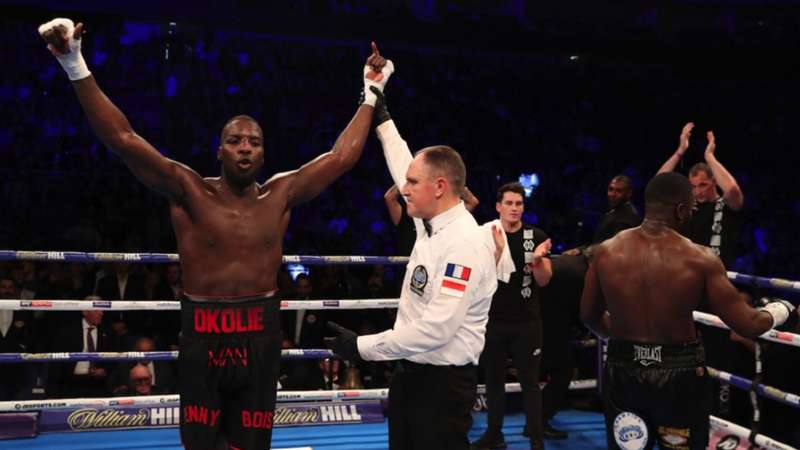 Lawrence Okolie is in action on Sunday night.

Lawrence Okolie will not waste any time pursuing big fights when his inevitable move to heavyweight occurs. The current WBO cruiserweight champion defends his title against Poland’s Michal Cieslak on February 27th, a fight being shown exclusively on DAZN, and although his immediate focus is dominated by Cieslak, Okolie is anticipating a move up in the near future.

With 2022 set to be the year that Okolie proves his dominance at 200lbs via a fight with Mairis Briedis, a shift to heavyweight for further honours is very much on his mind. Okolie holds terrific advantages at cruiserweight due to his size and when the leap to the land of the giants finally takes place, the 2016 Olympian won’t waste time on chasing the grandest names and prizes.

“I was moved fast at cruiserweight, and I expect to do the same at heavyweight,” said Okolie when speaking to DAZN News. “I’m world champion at cruiserweight and that shows the level I’m at and I don’t want to drop down just because I’m at heavyweight. I believe in my team and the people I’ve got around me and when the time comes to get to heavyweight, I want the best fights from the start.”