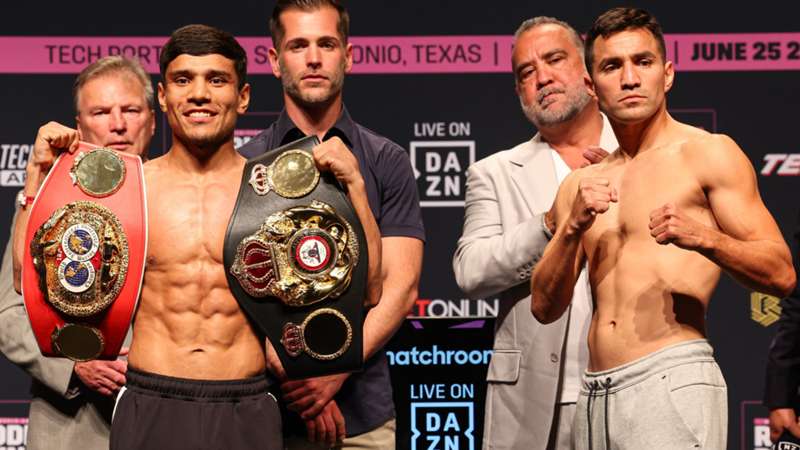 Ronny Rios spoke to The DAZN Boxing Show ahead of his world title shot in San Antonio.

Super bantamweight contender Ronny Rios is relishing the role of the underdog ahead of his fight with WBA and IBF champion Murodjon Akhmadaliev.

Rios will be looking to produce a huge upset tonight live on DAZN (except Thailand and Uzbekistan), and feels disrespected by the fans who believe he will be walkover for Akhmadaliev who could set-up an undisputed clash with Stephen Fulton Jr. with a win.

"I feel disrespected that they are overlooking me because I have a few losses," Rios told The DAZN Boxing Show.

"My team and myself have worked our butts to get here.

"I’m going to go out there, I’m not going to think about anybody else.

"I’m going to put on a performance of a lifetime."

If Rios does indeed get past Akhmadaliev in San Antonio, Texas, the 36-fight veteran made it clear that he will not shy away from any challenge, and while an undisputed fight with Fulton is on his mind, the American is staying focused on the task at hand.

"I would love too," Rios responded when asked about whether he would be willing to face Fulton next.

"I’ve never ducked, I’ve never shied away from a fight, and I think my record shows that.

"I’ve always said ‘one fight at a time’, so let’s get this ‘W’ and then hopefully everything goes to plan, we’ll come after Fulton next if they make it easy for us to come after him."