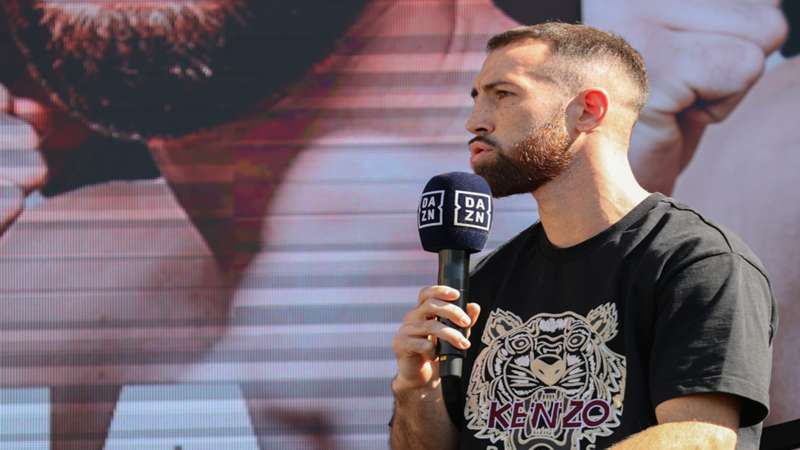 This is the moment Sandor Martin has been waiting for.

FRESNO, Calif. — Sandor Martin knows what he's up against on Saturday when he battles Mikey Garcia in a 10-round main event tilt at Chukchansi Park.

Martin understands he's competing in the United States for the first time. The Spaniard knows he's coming into Garcia's home state of California. He realizes Garcia is a former four-division world champion and a guy who is viewed as one of the best fighters in the sport.

That's why Martin didn't hesitate to accept the fight when approached by Eddie Hearn. Garcia is the opponent Martin has been looking for to cement himself as a force to be reckoned with and promises to make the most of the chance he's been given.

"It’s important to be making my U.S. debut against Mikey Garcia," Martin told DAZN News. "It’s a great opportunity. It’s a great opportunity to present myself for the first time in the United States. Yes, this is the challenge I need. I need exposure on the world level, so after Mikey Garcia, I can be in the big fights, the big events, and fight the big names in boxing. That’s why I accepted this fight and came over to the United States. Mikey Garcia is definitely one of the best fighters in the world. I’ve always wanted to fight the best fighters."

Martin (38-2, 13 KOs), 28, is a former European super-lightweight champion. He's a massive underdog coming into the most important fight of his career. As of Friday, BetMGM has Martin as a +900 underdog. None of that deters Martin, who vows to give it his all and plans to make a statement when it's all said and done.

"Forty-eight hours is how long it will take for me to present myself to the world and for the rest of the world champions to be put on notice," Martin said sternly.