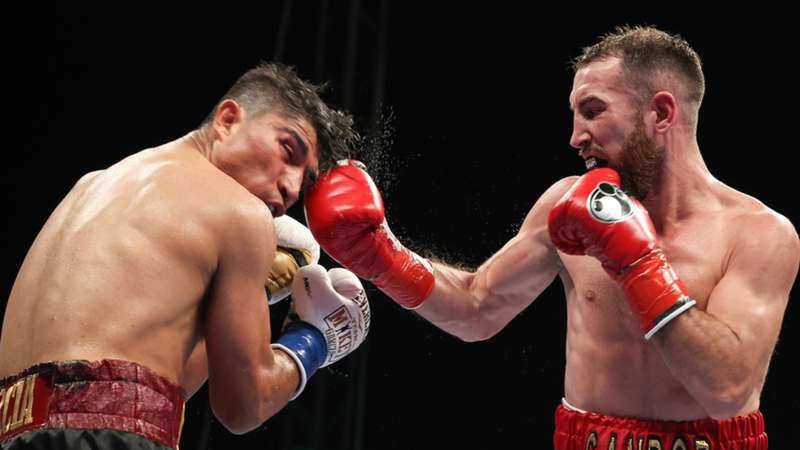 The European champion could look to title fights at 140lbs

Sandor Martin celebrated the ‘biggest moment’ of his career after an upset win over Mikey Garcia.

On Saturday night, the pair fought in Fresno, California, in the first run out for the 33-year-old American since February 2020.

That inactivity might have cost him, with Martin’s last fight in April this year in a win over Kay Prospere to defend his European super lightweight title. The 28-year-old Spaniard could now be eyeing up a world title fight at 140lbs.

Speaking to DAZN’s Chris Mannix after the win, Martin said: “It’s the biggest moment of my career. I said all along that I was going to do it, and I did it. I know myself. I know my ability. I’ve been fighting since I was five years old and always believed in myself.”

Garcia acknowledged his rival’s performance but thought he was close enough to have won on another day and was open to a rematch.

“He fought a very good fight with his boxing,” admitted Garcia. “I thought I did what was necessary to close the gap, apply pressure and look for a fight. He was the one moving around the ring a lot. He was looking to counter a few times, but I was the one actually looking for a fight.

“He didn’t beat me up. I’m not bruised up or anything. It was a competitive fight, I thought I was winning the fight in a close matchup, but the judges saw it the other way around. I knew he was a very good boxer. That’s why I kept coming forward, but I knew I couldn’t be reckless, either. I still thought I did enough to win. He kept moving around the ring. The judges this time, thought he was in control. I thought I was in control.”

“I can definitely consider a rematch. I think two more rounds will probably be better, too. I thought I was coming on a little better in the later rounds. But this was the way it is.”