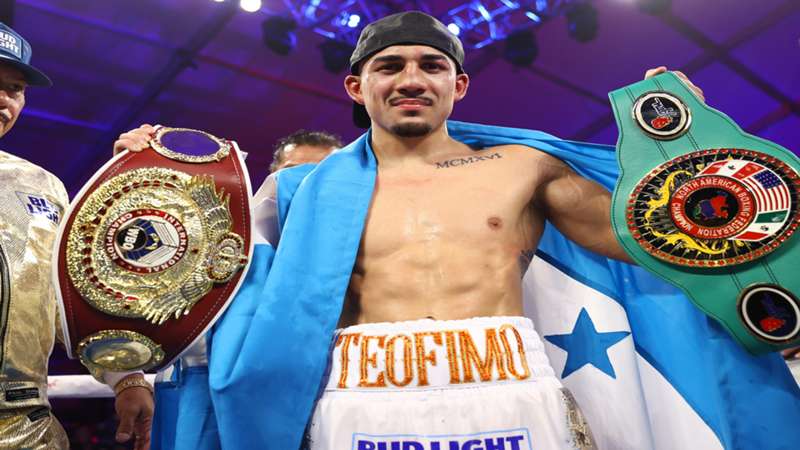 There are options for Teofimo Lopez.

On Saturday evening, Teofimo Lopez got back on the winning track, stopping Pedro Campa in the seventh round from Resorts World Casino in Las Vegas.

With Campa in his rearview mirror, Lopez has plenty of options for his next fight. He says he wants to return on Dec. 10. What route will the 25-year-old take?

DAZN examines who could be next in line for the former three-belt lightweight champion.

If you had asked seven days ago if this fight would be remotely possible, the answer would be no. The focus for Garcia has been pursuing a bout against Gervonta Davis. Garcia dropped hints after he stopped Javier Fortuna in July that if a "Tank" fight could not be made, he'd be more than interested in facing Lopez next.

Garcia's promoter Oscar De La Hoya said he'd be flying to Las Vegas a couple of days ago to see Lopez. And there he was front row and on the broadcast saying he got tickets from Lopez and wanted to talk to his promotional outfit at Top Rank if he got by Campa.

After he finished Campa, De La Hoya and Top Rank officials were set to meet and discuss the possibility of being able to make it happen. Garcia wants to fight in December, and Lopez intends to return in December. It's undoubtedly one of the best fights to make and one that's realistic if Garcia-Davis talks can't move forward.

This is the one Lopez has been pining for since he was the lightweight champion, and Taylor became the undisputed junior welterweight champion. With Taylor no longer having all four belts due to boxing politics, the steam gets taken away a bit. The vitriol is still there on Lopez's end, as evidenced in his post-fight interview. Taylor has other obligations at this point, with a rematch against Jack Catterall at the forefront of Taylor's mind.

This is unlikely to be next, but a year from now, I can see it happening with the UK being the likely destination, considering the massive fanbase Taylor has there.

Many thought Barboza would be the one to face Lopez in his 140-pound debut. But, for one reason or another, Lopez and Top Rank went a different route and decided on Campa.

Barboza, who was in attendance on Saturday, last fought in July when he beat Danielito Zorrilla by decision. He didn't come away too impressed with Lopez's performance.

“I always said that Teofimo Lopez is a great athlete. I always said he has great talent and is a great fighter,” Barboza told ESPN after the Lopez fight concluded. “But I just feel like at 140, it still hasn’t transitioned. He looked a little slow. I pictured myself in the ring. Pedro Campa isn’t me. I just think if it was me, it would have been a whole different fight.

“I saw a lot of flaws that I would expose. I’m happy I came here to experience it right in [front row]. We’re hoping to fight him next.”

Barboza isn't the fight the fans want to see, as it isn't as marketable, but it's the one that makes the most sense to give Lopez an actual test to see if he's cut out for junior welterweight.