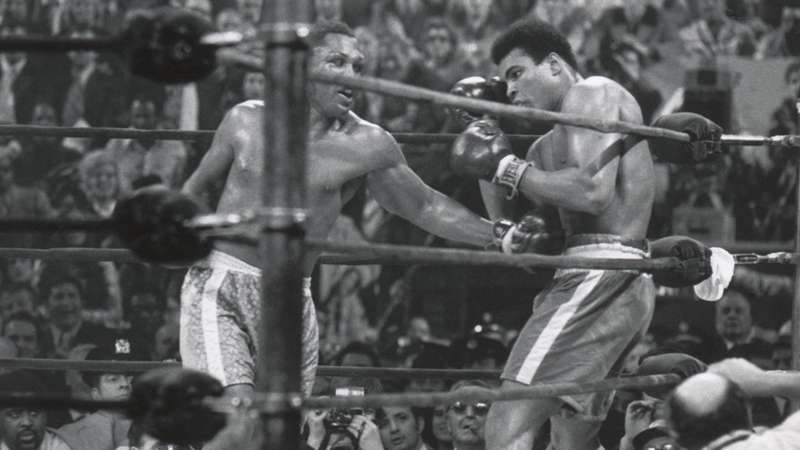 One of the all-time great boxing matches took place on this date, half a century ago.

Few fights in the history of professional boxing have left a legacy as big as the first of three encounters between Muhammad Ali and Joe Frazier, and on March 8, 2021, the iconic showdown between two then-undefeated greats turned 50 years old.

The 1971 encounter was dubbed 'The Fight Of The Century' and, while boxing fans are accustomed to fight cards being tacked with unrealistically-ambitious slogans on a regular basis, this moniker proved appropriate soon after the contest was over and even more so five decades later.

It was the very first time two undefeated boxers faced off for the heavyweight championship of the world, with Ali striving to reclaim the title that was taken away from him when he refused to be inducted into the US Armed Forces for the Vietnam War. During that near four-year absence, Frazier rose to the top of the division and claimed the heavyweight titles months before Ali's return.

The table was set for one of the most eagerly-anticipated boxing showdowns of all time, and one that only a select few contests have come close to matching in terms of global profile since.

Here's the lowdown on Ali vs. Frazier I.

Ali was the owner of the WBA, WBC, NYSAC, and The Ring heavyweight titles with a 29-0 professional record when he halted Zara Folley shortly after his 25th birthday. However it would turn out to be his last fight for 42 months. Frazier was a highly-rated prospect at the time of Ali vs. Folley, with a 14-0 record largely against low-level opponents in the Tri-State area.

As Ali's trials and tribulations unfolded outside the boxing ring, Frazier's momentum continued to grow. In March 1968, he halted Buster Mathis in the 11th of 15 rounds to win the NYSAC heavyweight title and in 1970 he captured the WBA title of Jerry Quarry with a four-round retirement finish, as well as the vacant WBC belt in the process, to become 'The Man.'

Given the circumstances, Ali's eventual winning return, also against Quarry, would turn the chatter of 'what if' into demands for the real deal. Six months later, the two would oblige.

Where did Ali vs. Frazier 1 take place?

The bout was held at Madison Square Garden in New York City. The iconic venue is renowned as a 'mecca' for boxing, professional wrestling and more recently after a state-wide ban, mixed martial arts.

Ali vs. Frazier: Who won the first fight?

The end result was a unanimous decision victory for 'Smokin' Joe', and it was Ali who lost his unbeaten record on the night.

Back then, championship fights still went as long as 15 rounds, and in the first two of 'The Fight Of The Century', Ali looked great. However his command of the contest was halted by a great Frazier hook late in round three, at which point the defending champion began to control things.

Frazier finished strongly in the 15th and final round, and the three scorecards were all in his favour. Artie Aidala had it 9-6 in rounds, Bill Recht scored it by a wider margin of 11-4 and referee/third judge Art Mercante scored the bout 8-6 with one even round.

How many watched Ali vs. Frazier 1?

The fight was broadcast live pay-per-view on theatre television in the United States, where it set a record with 2.5 million tickets sold at closed-circuit venues, grossing $45 million. It was also shown closed-circuit during the middle of the night in London theatres, where it set a record with 90,000 tickets, grossing $750,000. Combined, the fight sold 2.59 million tickets in the United States and London, grossing $45.75 million (inflation-adjusted $300 million).

What happened in their next two fights?

The two fought in a rematch three years later, on Jan. 28, 1974. In the interim, each man lost once more apiece. Ali was decisioned by Ken Norton in 1973 before avenging it by the same result in an immediate rematch months later, while Frazier lost his titles and his '0' in a two-round wipeout at the powerful fists of George Foreman. Dubbed Super Fight 2, Ali tied the score with Frazier at 1-1 via 12-round unanimous decision, again at MSG.

It was Ali who would dethrone the formidable Foreman in his very next bout, the famed 'Rumble In The Jungle' as he used the 'Rope-A-Dope' to set up an eighth-round KO in Kinsasha, Zaire (now Democratic Republic of Congo). After three successful defences, Ali would grant Frazier his shot in their trilogy fight, the 'Thrilla In Manilla', and won after Frazier's chief second, Eddie Futch, asked the referee to stop the fight following the end of the 14th round.