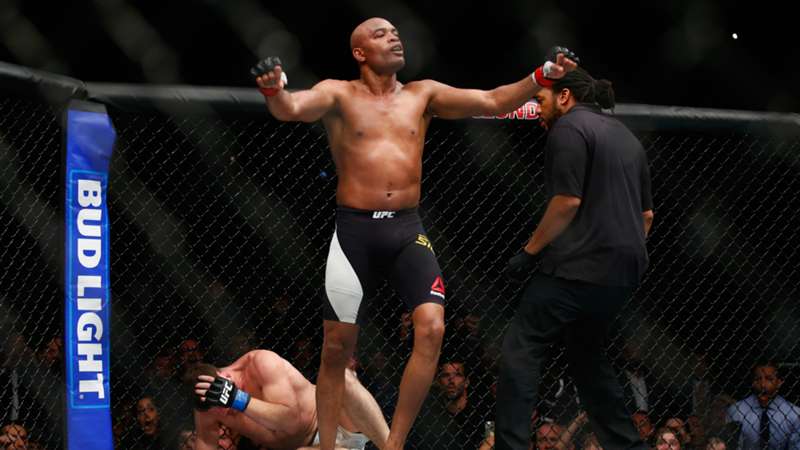 One of the greatest fighters of all time is no longer with the UFC.

Earlier on Thursday, it was reported by MMA Fighting that Anderson Silva and the UFC had mutually agreed to part ways after the Brazilian legend was stopped in the fourth round by Uriah Hall on Halloween night.

Initially, it didn't look to be the case as UFC president Dana White had told TMZ that Silva ad not been released from his contract, which still had one more fight on it. However, White clarified his previous statement and said that Silva has been indeed released from his deal.

MMA Fighting reports that even Silva is no longer under a UFC contract, he's unsure if he'll put on the gloves again. After the defeat to Hall, Silva explained in his post-fight interview when asked if the bout would the final time he'd step inside the Octagon that it would be "tough to say it's my last" fight. The following day, "The Spider" released a statement saying "goodbye to an entire life dedicated to my sport."

Many pundits consider the 45-year-old as one of the greatest, if not the best, to ever compete in mixed martial arts. He has the record for most consecutive victories at 16 and reigned over the middleweight division from 2006 to 2013, making ten straight title defenses before losing the belt to Chris Weidman at UFC 162.

That loss started a skid where Silva's lost eight of his last nine to the likes of Weidman, Daniel Cormier, Michael Bisping, and current middleweight titlist Israel Adesanya.

Silva ends his UFC career with a record of 17-7 with one no-contest.