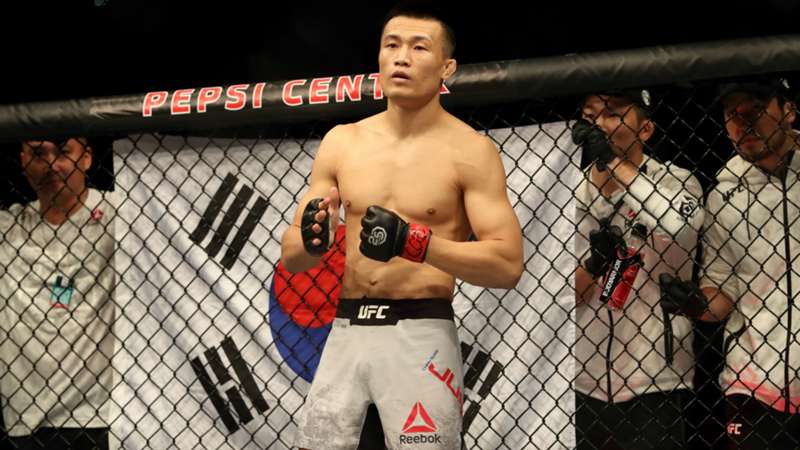 Everything you need to know about Chan Sung Jung returning in the main event against fellow featherweight contender Dan Ige on Saturday night in Las Vegas.

The UFC returns one week after a monumental UFC 263 as UFC Fight Night takes place on Saturday from the UFC Apex in Las Vegas, Nev.

The main event features a battle of top ten featherweights as No. 4-ranked Chan Sung Jung takes on No. 8-ranked Dan Ige.

Jung, famously known as The Korean Zombie, makes his 2021 debut after losing via unanimous decision to Brian Ortega in October. The former featherweight title challenger is 2-2 in his last four contests and is in dire need of a win if he wants to remain in the championship hunt. Jung says if he takes an excessive amount of punishment as he did in the Ortega fight, then it could be the end of his career.

"I figured out my weaknesses that Dan Ige thinks of myself and melted them into my training. I got hit a lot of elbows," Jung told members of the Korean media at the end of May. "If I get hit with an elbow this time, and I lose, I might have to consider retirement."

Ige reeled off six consecutive wins to insert himself into the conversation at 145 pounds. The win streak got derailed at the hands of Calvin Kattar in July. He redeemed himself with a 22-second knockout of Gavin Tucker in March. Ige feels if he comes out on the right side of things on Saturday, he'll vault into a top contender in a deep featherweight division.

Who remains on the tongues of people's minds when it comes to top contenders at 145 pounds?

Here is everything you need to know about UFC Fight Night: Chan Sung Jung vs. Dan Ige.

UFC Fight Night: Jung vs. Ige takes place on Saturday night with the prelims launching at 4 p.m. ET/9 p.m. BST and the main card kicking off at 7 p.m. ET. That spells a Midnight start for the UK. Jung vs. Ige should make their walks to the Octagon at approximately 10:15 p.m., although that depends on the lengths of the previous bouts.

In the United States, the UFC Fight Night: Jung vs. Ige prelims can be seen in its entiriety on ESPN 2 and via live stream on ESPN+

Where is UFC Fight Night: Jung vs. Ige?

Jung vs. Ige will be held at the UFC Apex in Las Vegas. Jung competes at the home of the UFC for the first time while Ige fights at the venue for the second time.