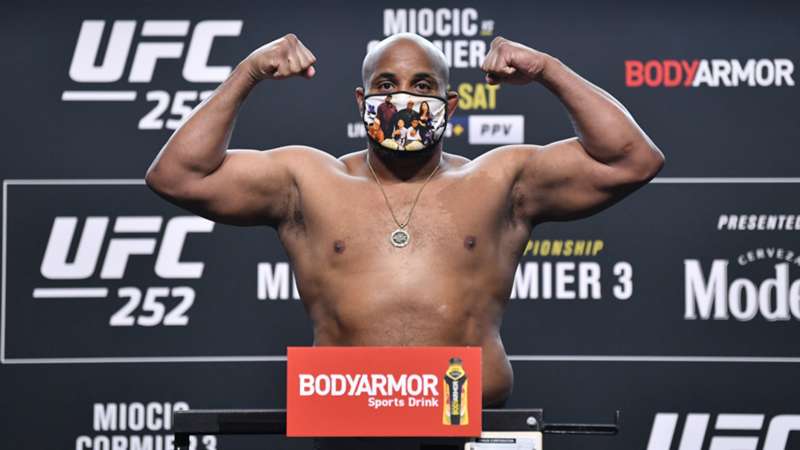 Before he looked to reclaim the UFC heavyweight championship from Stipe Miocic at UFC 252, Daniel Cormier had to deal with a more significant challenge than what awaited him inside the Octagon.

In an interview with Yahoo Sports, the former heavyweight and light heavyweight champion said he tested positive for COVID-19 in July, while training for his third and final battle with Miocic.

It happened after a teammate tested positive for COVID-19 on July 1. Cormier had a negative result two days later. But on July 8, Cormier started experiencing symptoms and took another test.

This result came back positive.

Cormier wants to make one thing clear: Having the coronavirus didn't affect his performance at UFC 252, and Miocic was just the better fighter.

"This is not an excuse at all," Cormier said to Yahoo Sports. "Miocic won the fight, and he fought beautifully."

Cormier was able to realize something was off because of an Oura Health ring — a device the UFC is now using due to recent partnership with Oura Health that helps provide health stats to athletes. The organization has already given 65 rings to fighters.

The 41-year-old feels that without the Oura Health ring, he wouldn't have been able to take on Miocic and attempt to become a two-time heavyweight champion.

"This is a thank you almost to Oura for allowing me to get to the fight," Cormier said. "I might have just kept pushing and not known I had it. But I was able to take care of myself properly and then get back into training and compete for the heavyweight championship of the world. Without the ring, I don't think that's possible."