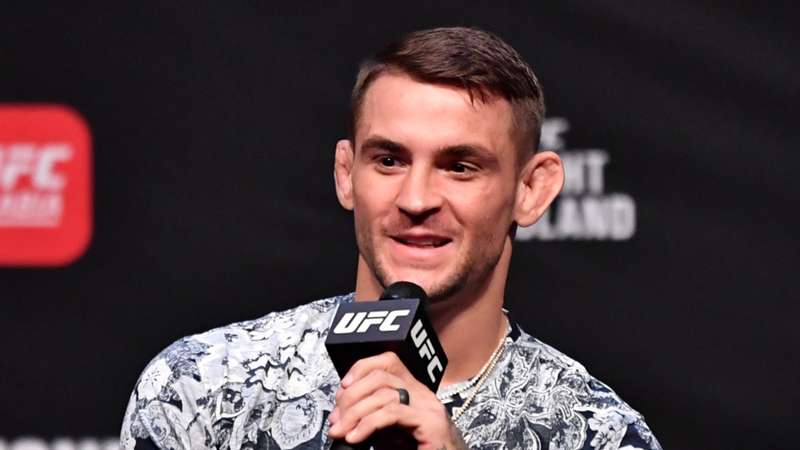 Dustin Poirier is an entirely different person going into his fight against Conor McGregor at Saturday's UFC 257.

On September 27, 2014, at UFC 178, inside the MGM Grand Garden Arena in Las Vegas, Dustin Poirier stepped inside the Octagon to battle Conor McGregor. The build-up had been immense. We were going to learn a lot that evening.

Would the No. 9-ranked McGregor finally be quieted? Could McGregor silence those who thought he was all bark and no bite? Would the No. 5-ranked Poirier bring the rising star from Dublin, Ireland, back down to earth and earn himself a title shot at-then featherweight kingpin Jose Aldo?

The trash talk had reached a fever pitch between the two. You could tell the Irishman's words were bothering the mild-mannered native of Louisiana. When both men entered the cage, you could see Poirier having the look of wanting to rush McGregor and knock his head off of his shoulders. McGregor knew he had him right where he wanted him, and 106 seconds later Poirier was on his back staring up at McGregor, who won via first-round TKO.

Unlike the first time around, Poirier's an entirely different human being. Admittedly, the loss to McGregor haunted him for a long time. Some would have let a loss like that linger in the back of their minds for the remainder of their careers. Not Poirier. He changed his entire outlook on how he views life, which led to main eventing pay-per-views, defeating four former UFC champions, becoming a former interim lightweight champion, and taking on Max Holloway, Khabib Nurmagomedov, and once again McGregor.

"As a fighter, as a man, and as a person, I'm more patient now," Poirier admits to DAZN News. "I don't let the outside creep into who I am and how I think. Back then, I was listening to critics. I was listening to everything Conor said and taking it to heart, getting emotional and get[ting] upset about it. But now it's just business. I love fighting. But this is just something I do."

So when McGregor brought up on the UFC Countdown that he'd finish Poirier inside of one minute, Poirier shrugged it off and went on with his day.

"If he believes he's going do that or not, that's going be tough to do," Poirier calmly said. "He better be praying that he does do it because every second off that clock is more dangerous for him."

Outside of fighting, Poirier's life has changed for the better as well since UFC 178. He became a father for the first time and found his entrepreneurial spirit. Shortly before his rematch with Eddie Alvarez at UFC 211 he started The Good Fight Foundation, which helps people, countries, and different non-profit organizations in need. In 2020, Poirier released his own hot sauce, "Poirier's Louisiana Style Hot Sauce", which is available online.

"There's still a lot of other things that I want to do and grow [like] real estate," Poirier said. "I'm interested in a lot of things. But I'm just so busy. Fighting takes up so much of my time and my focus. I don't have a lot of room to balance other things right now at the moment when I'm preparing for a fight like this, and fighting still being my main thing. The pandemic gave me a little window of opportunity to sit down and put some things together and make something else happen. I'm a businessman, and when there's things that I really like, and I'm passionate about, like food and cooking and my Good Fight Foundation, I have to do it.

"Personally, I got to spend a lot of time with my family. We had some great times stuck in the house and just with my girls. I love that. You know that's the best time of my life is just spending it with people I love. It was great to reflect and to take a step back from fighting because I would have never done that it was forced."

A rematch with McGregor was something that wasn't even on Poirier's radar for his next bout after taking care of Dan Hooker in a "Fight of the Year" candidate at the end of June. McGregor had announced his retirement (again) earlier that month, and a return didn't seem like it was going to happen any time soon. But in September, McGregor reached out to Poirier about his interest in a charity MMA match with proceeds going to The Good Fight Foundation and causes McGregor's involved with. The interest level went up from there, and here we are.

"I didn't think this fight was going be my next fight," Poirier candidly said. "I didn't know if Conor was retired or coming back or fighting again at 170 since he really hasn't been action. When he has, it's been at welterweight. I didn't really see this as a possible matchup, but social media is what started this, and it just blew up from there."

Unlike the first go-around, Poirier and McGregor have been respectful of one another, and the trash talk has been minimal, leading into UFC 257. When asked about how he'd like to win, the recently turned 32-year-old didn't talk like the 25-year-old in him did before UFC 178.

"I'd love to get him out of there quick," Poirier said. "But this guy is one of the best in the world. He's very dangerous. When I say that stuff about dripping blood, I just would like to see this fight play out to be a test of wills and for us to both have to show our warrior spirit. I would like to out fight him [and show] who really wants it more. I would like to help out fight him. That's how I want to play this thing out. I want to go out there and be a mixed martial artist—box when I need to box. Kick when I need to kick. I just want to put everything together and show my full skill set because then I can do it all.

"This is the biggest fight you can get in the UFC. We know what happens with a win over Conor McGregor. The opportunities are endless. Dana's come out and said whoever wins this fight is going to be fighting for the belt. Things lined up perfectly with this."