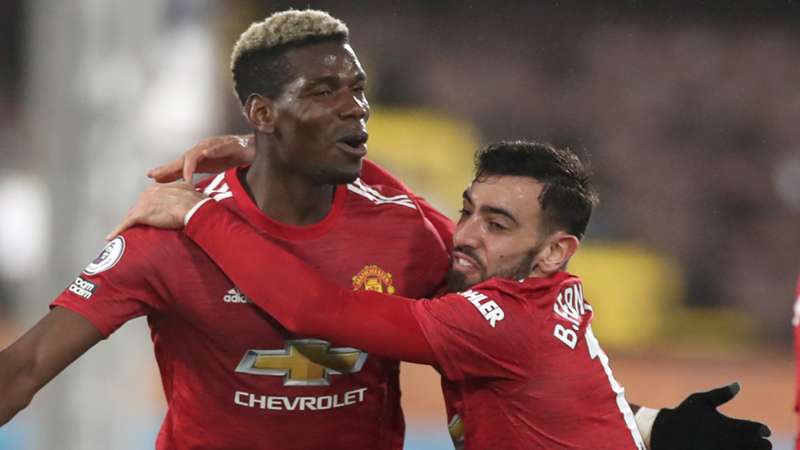 The midfielder wants his team to 'stay focused' on the title race.

Manchester United is on top of the Premier League after completing half the schedule, and one of its most prominent stars says it'll be even more challenging for the club to remain in the first place.

After scoring the goal that reclaimed the top spot for United on Wednesday, Paul Pogba believes that his team has what it takes to fend off all challengers and claim the title. But the 27-year-old feels that a very specific attitude will be required for United to cross the finish line ahead of its rivals.

"For sure, it's better. We're really happy with what's happening, but we want this to carry on again," Pogba told United's official website moments after the club's 2-1 victory over Fulham on Wednesday. "We want it more and more and more. Never enough, we're still far from the trophy.

"This is the Premier League, it's not going to be easy. It's hard to get there, it's going to be even harder to stay there. We know we have to keep focused, and keep working, keep playing, keep pushing and believe in ourselves. Not arrogance, but be arrogant in the way that, yes – we're proud to be there, but we're not there yet.

"We didn't do nothing, you know? We haven't done nothing yet, so we have to keep working."

The Red Devils have charged to the top of the table thanks to a 13-match unbeaten run that stretches back to early November. Among the results have been draws against fellow title challengers Manchester City, Leicester City, and — this past Sunday — Liverpool, along with ten victories. The latest win, against Fulham, was yet another successful comeback as United has shown a fighting spirit unmatched in the Premier League this season.

21 - Manchester United have won 21 points from losing positions in the 2020-21 Premier League, more than any other side. No team has won more than this in any of the previous 7 seasons in the competition. Determination.

We look at last night's action in our rolling midweek blog.

Despite the great run of games, Pogba says that he and his teammates need to leave the past behind them and focus on what's ahead.

"Yeah. You have to forget about Sunday [at Liverpool]. Sunday is the past now," Pogba said. "We had the point. We didn't lose. Today was today [Wednesday]. We had to focus, and we had to get the points.

"You have to forget about this game tomorrow and go again. You have to go again. If you win and think you've arrived, that's where we're going to drop."