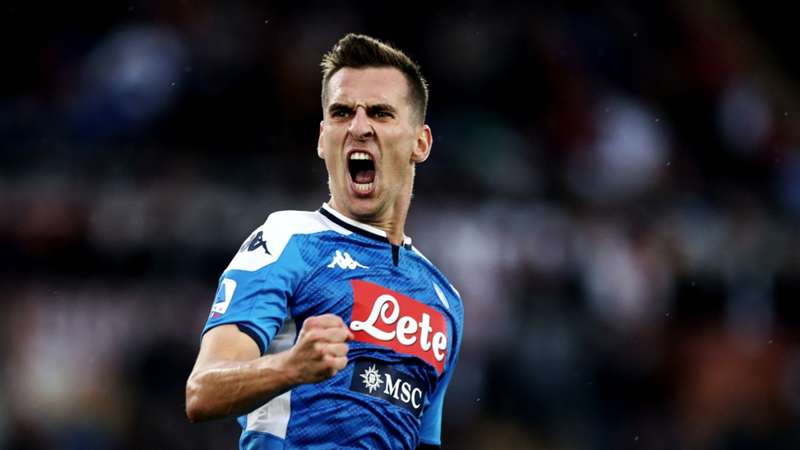 Spurs and Everton will have to look elsewhere for reinforcements in the January transfer window as Andre Villas-Boas has his forward line strengthened.

Marseille have announced the signing of Arkadiusz Milik on loan from Napoli, as the Everton and Spurs target resolved his dispute with the Italian club.

Milik was engaged in a legal dispute with Napoli and his contract was set to end at the end of the current season, and the Polish international had sat out the first half of the season with no hope of getting back into the first team.

However Milik agreed to sign a new deal with Napoli ahead of an 18-month loan move to the French club, who are challenging for Ligue 1 this season, 10 points behind Paris Saint-Germain but with a game in hand. They have been searching for a forward to improve their chances of at least securing a Champions League place come the end of the season.

There is an option for Marseille to sign the 26-year-old forward at the end of his loan period for around £9 million, and it puts an end to interest from English sides Tottenham Hotspur and Everton, who are managed by Milik’s former Napoli coach Carlo Ancelotti.

"Arkadiusz Milik has technical and physical qualities, he's a good finisher. He proved that he had personality at Leverkusen when he was very young, at Ajax but also more recently with Napoli in the Champions League or with the national team where he showed a lot of determination."

Milik scored 48 goals in 122 games with Napoli, and could now be involved with his new side on Saturday for Marseille’s game at Monaco.