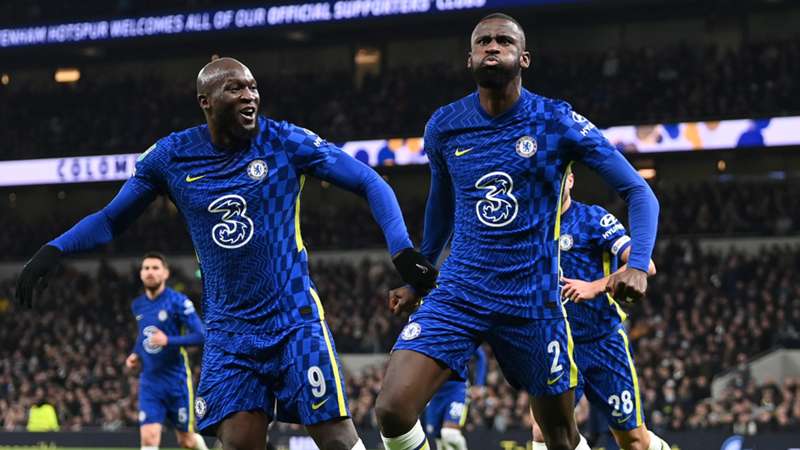 Chelsea's off to Wembley after a professional performance.

Tottenham fell 1-0 at home to Chelsea on Wednesday night in the second leg of the 2021-22 Carabao Cup semifinals, nearly mirroring the team's 2-0 first-leg loss at Stamford Bridge last week. Regardless, the Blues are on their way to Wembley Stadium following their 3-0 aggregate victory, and they are every bit as deserving as the score line suggests.

On Wednesday, Spurs were beaten by an efficient Chelsea side that already had one eye on the final. Starting with a two-goal advantage, Thomas Tuchel's men wasted little time putting the aggregate out of reach, with defender Antonio Rudiger scoring in the 18th minute.

Rudiger aggressively attacked a Mason Mount corner kick, meeting the ball with the back of his head at the top of the six-yard box and knocking it past a tentative Pierluigi Gollini in the Tottenham net.

Chelsea continued to attack after the goal, but it was Tottenham that had the next biggest moment of the first half as Pierre-Emile Højbjerg was taken down by Rudiger on a rare Spurs foray into the visitors' end. Initially judged a penalty kick by referee Andre Marriner, the video assistant referee determined that Rudiger's challenge was initiated outside the penalty area, and the call was revised to a free kick that was promptly squandered by Tottenham's Giovani Lo Celso.

Spurs would again find themselves on the wrong end of a VAR decision early in the second half, as Lucas Moura collided with Kepa Arrizabalaga while chasing down a through ball into the 18-yard box. Marriner again pointed to the spot, and again the call from the video truck went against Tottenham as the Chelsea 'keeper was shown to have clearly beaten Moura to the ball before the players collided.

Tottenham eventually did find the back of the net in the 62nd minute, with Harry Kane finishing an opportunistic passage of play by the home side. Unfortunately for Kane and Spurs, the striker was offside was while receiving the ball, nullifying the actions that followed.

Despite the flurry of talking points, Tottenham didn't generate much else in Wednesday's match. Chelsea finished with an overwhelming advantage in possession and passes as Tuchel's men proved superior to their London neighbours once again.