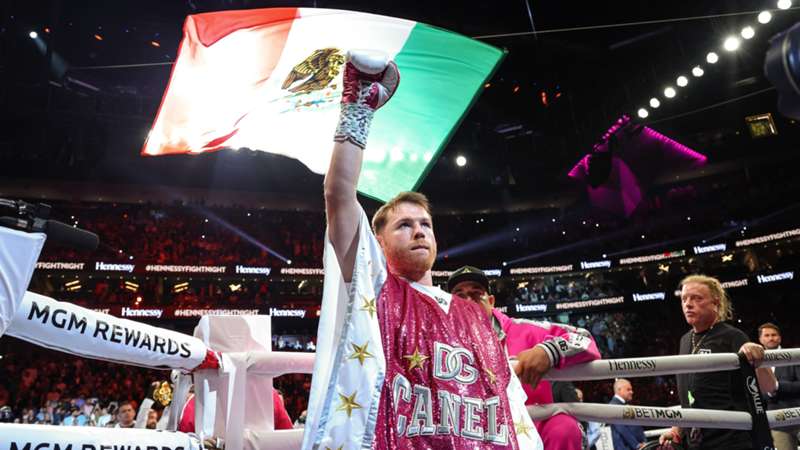 Saul 'Canelo' Alvarez's place on numerous pound-for-pound rankings has been up for debate after his loss to Dmitry Bivol earlier this month.

The Mexican was at the top of many lists following his win over Caleb Plant last November to become the undisputed super-middleweight champion, but his defeat at the hands of the WBA world light-heavyweight champion has resulted in the 31-year-old occupying lower positions.

Roy Jones Jr. on the other hand thinks that those within the sport are quick to degrade a fighter whenever they suffer a significant loss.

"In boxing we are our own worst nightmare," Jones Jr. told DAZN.

"A guy loses a fight or two, we throw him out into the past.

"We do not understand that he went up to a weight class that he doesn’t even belong in, so he’s just trying to see how high he can go.

"You can’t judge him on the guys that are way bigger than him, that’s not what pound-for-pound means."

DAZN has Canelo still placed within the top three of the latest rankings, and this a position which the former multi-weight world champion supports, and believes that those who decide the positions judge it on popularity instead of boxing ability.

"Yes of course he should be," Jones Jr. responded when asked about whether Canelo still ranks high on P4P lists.

"If you tell the truth about skill for skill, how long has that man been dominating?

"You can’t just take him out of the top five pound-for-pound, he’s been dominating three weight classes for the last five, six years.

"If you say pound-for-pound, he’s still one of the pound-for-pound best because he proved he can go up three or four weight classes and still be effective.

"Just because he lost, doesn’t mean he’s one of the pound-for-pound best.

"So on my list, he’s still in my top five pound-for-pound, maybe my top three."

DAZN subscribers can watch the full interview with Roy Jones Jr. who dissects the fallout from Canelo vs. Bivol tonight on The DAZN Boxing Show.