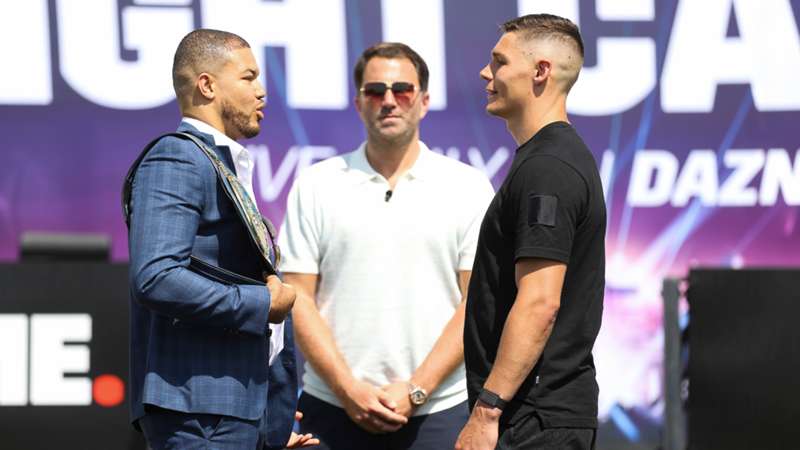 The duo do battle for cruiserweight gold on this weekend's Fight Camp 2 card.

Cruiserweight Chris Billam-Smith has already made his prediction for his clash with Tommy McCarthy this Saturday when the two meet at Fight Camp for the European, British and Commonwealth titles.

Following a hard-fought points victory against Vasil Ducar in March, Billam-Smith used social media to call out the European and British champion McCarthy and eventually got his wish.

He said: "I sent that one Tweet out which got a lot of traction, a lot more than I expected to be honest. I’m just glad he took the fight and it’s got him right up for the fight which is great to see.

"That’s what fans want to see. They want to see two domestic fighters going at it, and in the press conferences as well."

Now with the fight just five days away, 'The Gentleman' believes he is already inside McCarthy's head, but still expects a tough challenge from his Northern Irish rival.

"It looks like I’ve riled him up a bit so he’s going to be fired up for this fight," Billam-Smith explained. "He’s going to be training very hard. I expect a very good performance from him. The fight will definitely catch fire.

"Every fighter wants to win with a knockout and I think this is a really good opportunity for me to put all of my skillset to work. I can box, I can break him down and I believe that I will take him out in the mid to late rounds.

This will be Billam-Smith's second appearance at Fight Camp after beating Nathan Thorley in two rounds last year.

McCarthy vs. Billam-Smith is part of a huge bill at Fight Camp which is headlined by rising welterweight star Conor Benn who takes on Adrian Grandos. You can subscribe to DAZN to watch all three Fight Camp cards over the coming three Saturday nights.