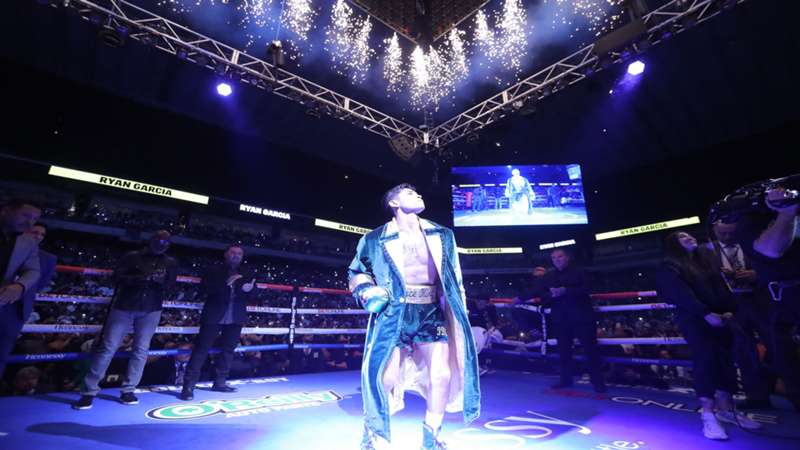 Wardlow grew up a big fan of Mike Tyson, and these days it's Garcia who has his undivided attention.

Fast on his way to becoming one of All Elite Wrestling's premier performers, Wardlow’s love for pro wrestling is not his only combat sport passion.

The 30-year-old former amateur boxer will potentially face his previous ally, MJF, at this Sunday’s eagerly anticipated Double or Nothing PPV, and ahead of that show, Wardlow spoke to DAZN about his admiration for boxing.

A huge Mike Tyson fan growing up, Wardlow had the chance to welcome his favourite fighter from childhood to AEW when the former heavyweight champion appeared on Dynamite, AEW’s flagship show, in 2020.

Then, one year later, Wardlow even interacted with Tyson as he returned to maintain order between warring sides The Inner Circle and The Pinnacle.

Despite his full focus fixed on becoming the best wrestler he can be, Wardlow still follows boxing and there’s one fighter who stands out for the fast-rising Ohioan.

“I grew up on Tyson,” said Wardlow during a lengthy chat with DAZN ahead of the biggest match of his career.

“I remember watching the [Evander] Holyfield fight as we ordered that PPV, and we had a bunch of people over to watch it when he bit his ear. So, I most definitely grew up on Tyson.

On who is hot in the sport today, Wardlow added: “Ryan Garcia, a young kid. He’s taking over boxing. Dude, I love watching him box.

"Mayweather was very impressive, I grew up with Mayweather too, but that King Ryan, he’s taking over boxing.”

Garcia returned from a lay-off to beat Emmanuel Tagoe in April, and is expected to clash with some of the lightweight division's big names down the line, including the likes of Devin Haney and George Kambosos Jr., who face off to unify all of the division's world titles on June 4, and Gervonta 'Tank' Davis, who next fights this coming Saturday vs. Rolando Romero.