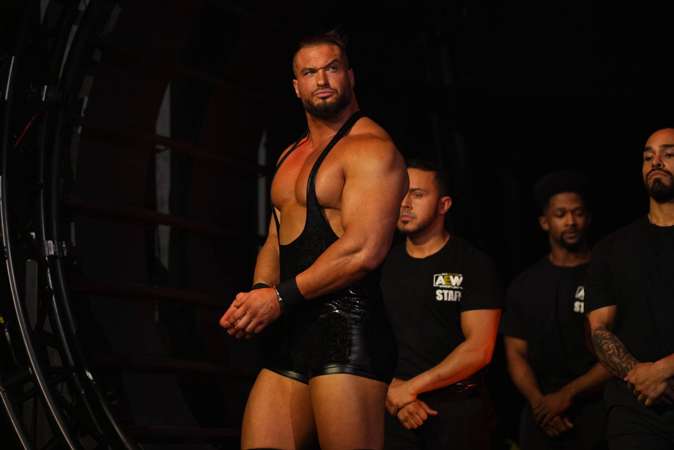 Wardlow's rivalry with MJF could be settled this Sunday.

Wardlow has identified the man he would most like to share a ring with in AEW. Currently involved in one of the company’s lengthiest storylines with MJF, a rivalry that’s due to be settled this Sunday at Double or Nothing in Las Vegas, Wardlow has huge aspirations beyond the feud with his former ally.

An AEW performer since 2019, Wardlow’s imminent match with MJF is one that has been almost three years in the making with signs of friction in their relationship going back a long way. Delighted to be a prominent part of this weekend’s show, Wardlow is relishing the showdown with the Long Island star, and he’s also looking ahead to future opportunities if successful.

“The top of my list, and I’ve said this plenty of times, is Kenny Omega,” revealed Wardlow during an exclusive chat with DAZN.

“Pac and Andrade too, those are like my top three. I would love to work with Luchasaurus again. Him and I had a match that I feel like got swept under the rug because it was early on during COVID wrestling. That’s one of my favourite matches.

“Guys like Mox. Guys like Bryan Danielson. I’ve had the chance to step in the ring with CM Punk and that was like the most electric night of my life. Stepping in with guys at that level and that calibre is just a different feel so I wouldn’t mind doing that again.”