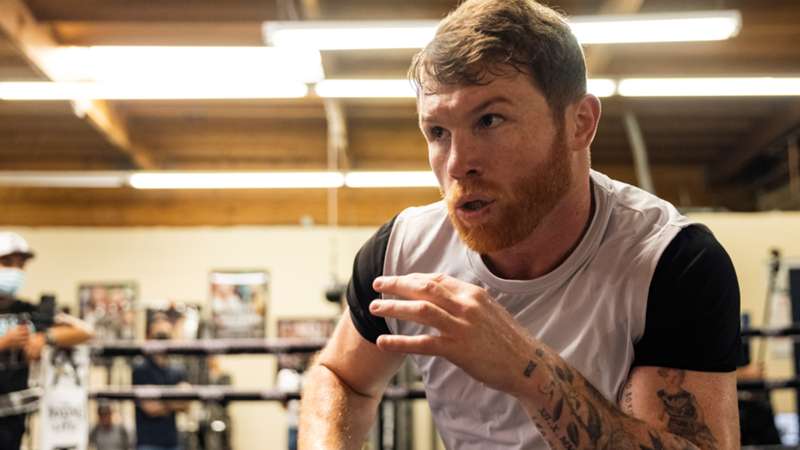 Amir Khan spoke to The DAZN Boxing Show about stepping in the ring with the hard-hitting Mexican.

When fans look back on Amir Khan's 40 fights, there are plenty of stellar names including Danny Garcia and Terence Crawford to name a few.

But one fight which came out of nowhere for Khan was with Saul 'Canelo' Alvarez.

Despite numerous efforts to secure a date with boxing great Floyd Mayweather, the former world champion was offered a chance to face the WBC world middleweight champion who was rapidly establishing himself as major player within the sport.

The pair went head-to-head in May 2016 in Las Vegas, and while Khan gave a good account of himself in the early stages, it was Canelo who triumphed, knocking out the former Olympian with an overhand right in round six.

While a move from welterweight to middleweight may have been a step too far for Khan, he believes fights such as the one with Canelo showed he was willing to do whatever it takes to face the best and prove he was a world class operator inside the ring.

"I was never scared of any fight, even when they put me up against Canelo, I remember Golden Boy calling me, I was trying to get the fight against Floyd, and they said ‘Listen, what do you think about Canelo?’," Khan told The DAZN Boxing Show when reflecting on the fight.

"I’m so happy that I got to share the ring with all the top fighters, pound-for-pound you name it."