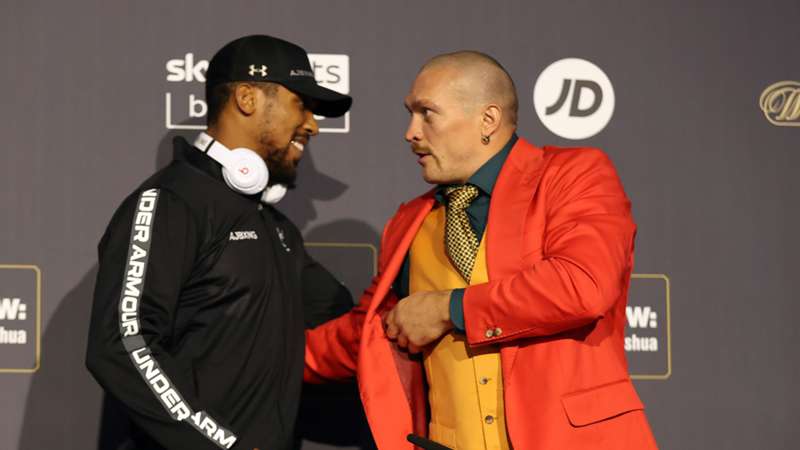 The British cruiserweight predicted on the DAZN Boxing Show that Usyk may risk too much.

Lawrence Okolie believes that Anthony Joshua has both the power and the boxing talent to defeat Oleksandr Usyk this weekend.

Joshua will face his mandatory WBO challenger, and the WBA and WBC belts will be on the line as well at the Tottenham Hotspur Stadium on September 25.

Okolie faces Dilan Prasovic on the undercard for the WBO cruiserweight title, and the 28-year-old explained that he thinks Joshua will be able to emerge victorious.

“He’s got the right mindset for this fight. I feel a lot of times when someone's really skilled and talented, everyone says ‘do the opposite, and just go and beat him up and be a big heavyweight.’

“But it doesn’t work like that. The better boxer wins that fight, can pick the shot and move. [Joshua should think]: ‘I’ve got the natural size and ability, let me put the boxing display on as well.’

“AJ is an Olympic gold medalist as well.”

Usyk could hold on for the distance, Okolie believes, but will be tempted into risking a stoppage if he goes for the win himself.

Asked if Joshua could stop the Ukrainian, he replied: “I believe so, only because Usyk wants to win the fight. If Usyk wanted to take no punches, he could last 15 rounds and slip in and dodge, tap in.