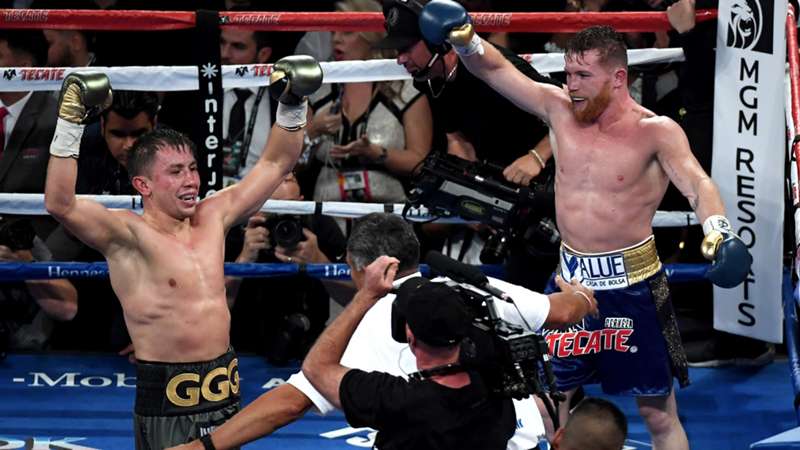 What each rival must do to get his hand raised Saturday night in Las Vegas and live on DAZN pay-per-view.

Gennadiy Golovkin yearns to finally get a victory over his rival Saul 'Canelo' Alvarez after feeling like he was cheated out of a win in their first fight (a September 2016 split draw) and that he did enough in their rematch (scored a majority decision for Alvarez).

Canelo wants to end this trilogy with an exclamation point in the form of knocking GGG out.

Well, the time for the trilogy has come as Alvarez puts his undisputed super middleweight championship of the world on the line against GGG at the T-Mobile Arena in Las Vegas, and live on DAZN pay-per-view, Saturday night.

With the energy palpable and the stakes hitting a fever pitch, DAZN lists the keys to victory for both fighters.

Gennadiy Golovkin has one of the best power jabs in the hurt business. It’s blunt, unforgiving and it continues to be one of the all-time great’s go-to tools, including in his 24 rounds against Canelo Alvarez. That being said, Golovkin should look to assert this weapon early. Doing this could be GGG’s avenue toward stifling a hungry Alvarez, who is looking to bounce back from his first defeat in nearly nine years. Asserting this jab can also be the method that powers GGG to finally getting the ever-so elusive win over his rival to put the cherry on top of his ring resume.

GGG’s ability to consistently pump that jab and keep Canelo at the end of the stick should allow the Kazakh boxer to fight forward, continue to apply pressure and most importantly cut off the ring. Golovkin does not want Canelo to haul the action to the middle of the ring where he could generate those scintillating combinations. An older GGG should look to fight forward on his terms and applying that pressure to cut off the ring is his best bet on getting that done.

Look — it’s easier said than done. We all understand. But GGG should go for a knockout. More of the KO talk entering this bout has come from Canelo, who has been unabashed about his desire to finish this rivalry with fireworks. But let’s not forget how most boxing critics and fans alike believe GGG won the first fight. Many of them felt like he did enough to win the rematch, too, only to see Alvarez get his hand raised by a majority decision.

So, two fights, two controversial decisions which should and could have gone Golovkin’s way, respectively. Well, the only way to ensure that the fate of the bout doesn’t go into judges’ hands is by delivering that knockout blow. With Alvarez coming off a loss to Dmitry Bivol in May, only the second defeat of his career, what better time to test him for GGG?

Be the busier fighter, pressure early

Alvarez did an excellent job of dictating the action and bringing the fight to GGG over several key sequences in their September 2018 rematch. He has got to do the same in this trilogy, applying pressure early and flat out being the busier fighter. Canelo’s ability to do so will put him in an assertive position and force the 40-year-old Golovkin to move on the back foot.

Go back and watch the October 2019 tilt between Golovkin and Sergiy Derevyanchenko. The rugged Ukrainian fighter was able to hurt the future Hall of Famer a few times with unrelenting, wicked body shots. If Derevyanchenko can cause damage to GGG’s body, Canelo can be the shredder. Alvarez already possesses electric body work whenever he elects to diverge from headhunting. Being that busier fighter with early pressure goes hand-in-hand with Canelo making early deposits to the body. That commitment early in the fight can soften the Kazakh warrior up enough to drop his guard and be vulnerable for Canelo to attempt the knockout that he so desires.

In cramped quarters, GGG has shown a growing tendency of dipping his head downward a bit as he looks to assert offense. Canelo did a solid job of walking GGG down over stretches of their second fight. If Canelo spots this downward head movement from GGG, it’d behoove him to unleash an uppercut. Doing so could shock an unsuspecting Golovkin if launched aptly and it could be the ticket for Alvarez to get the stoppage inside of 12 rounds that he covets so much entering this trilogy.