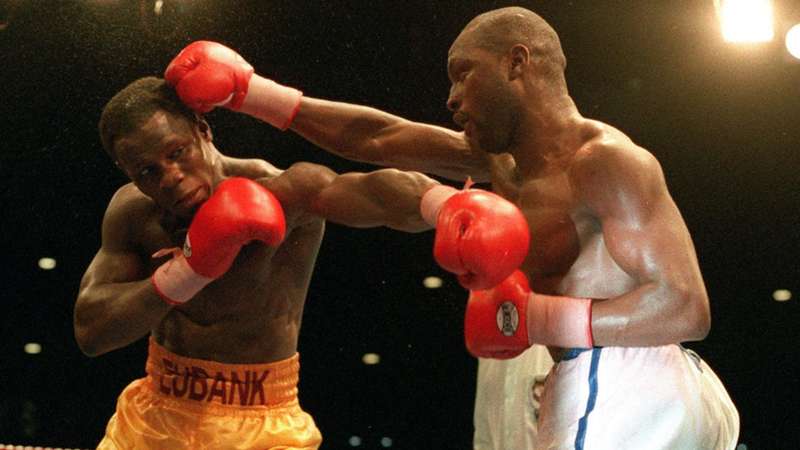 Chris Eubank Jr. will face Conor Benn later this year but what happened when their fathers shared a ring together?

With arguably the British fight event of the year now confirmed with Conor Benn stepping up to face Chris Eubank Jr., older fans of the sport will now switch their attention to the original Eubank vs. Benn rivalry.

At the start of the 1990s, Chris Eubank and Nigel Benn were two of the most recognisable faces in Britain as their stunning spat split the nation. Here, DAZN looks back at what was undoubtedly British boxing’s greatest ever rivalry.

Who is Chris Eubank

One of the most charismatic boxers to ever grace the ring, Chris Eubank’s personality may not have been for everybody, but there was no doubting his courage in the ring. Based in America for the early stages of his career, Eubank returned to Britain in 1988 before embarking on a memorable journey that brought him world titles in two weight classes.

His gruelling battles with Nigel Benn, Michael Watson, Steve Collins, Joe Calzaghe, and Carl Thompson are key indicators of Eubank’s toughness, and combined with his unique charm, it allowed Eubank to become a huge celebrity. Avoiding the leading names in America, Eubank’s huge profile at home ensured he had no reason to venture stateside.

After retiring from the sport following his second loss to Thompson, Eubank’s popularity decreased. His son’s professional debut allowed him an opportunity back in the spotlight and his presence in Junior’s career has seen him score solid wins over the likes of Arthur Abraham and James DeGale.

Who is Nigel Benn

Turning professional in 1987 following ABA glory in the unpaid code, Benn quickly announced himself on the domestic scene with 22 consecutive knockouts. In 1990, Benn suffered his first loss when he was halted in six rounds by Michael Watson, but the defeat pushed the Essex fighter on as he rebounded well in America with impressive wins over Doug DeWitt and Iran Barkley as he became WBO champion

With his reputation soaring, Benn returned to Britain to face Chris Eubank, but he would lose his world title to his domestic foe before rebuilding his career once again. Benn would become world champion at 12st by beating Mauro Galvano and although he defended his belt in a high profile draw against Eubank and a gruelling win over Gerald McClellan, it was obvious that his tough career was catching up with him.

After losing his world title to Thulani Malinga in 1996, Benn would see out his career with consecutive losses to Steve Collins. Since retiring from boxing, Benn has relocated to Australia where he has become a born again Christian. His son, Conor, made his professional debut in 2016 and is now one of British boxing’s brightest hopes.

What happened in the Eubank vs. Benn fights?

In 1990 at Birmingham’s Exhibition Centre, Chris Eubank and Nigel Benn put on a bruising classic that lived up to the pre-fight hype. Fierce rivals, the contrasting pair had been engaged in a vicious war of words for a sustained period and when the first bell went, they immediately went after each other.

Setting an incredible pace, Benn began to feel it in the fight’s second half and when hurt by Eubank in the ninth round, he was unable to recover. Eubank piled on the pressure and although it appeared that Benn might hear the bell to signal the end of the round, the third man intervened and prevented Benn from taking any more punishment.

Three years later, the pair would meet again at Old Trafford, the home of Manchester United. This time around, Benn appeared to have learnt lessons from the first fight as he enjoyed more success against Eubank. Despite many believing Benn had done enough, the contest was declared a draw bringing a close to what had been a superb two fight series.