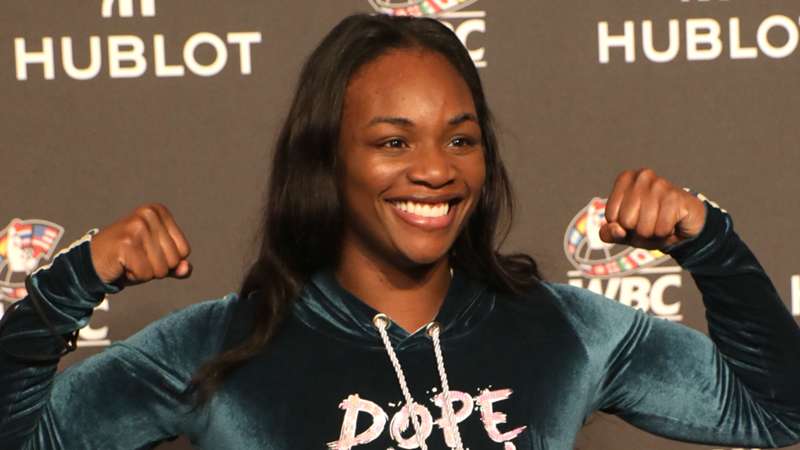 Plus, Shields offers up a stern warning to her fellow women's undisputed champ, Taylor.

Claressa Shields' team is in negotiations with Laila Ali to set up what could be the biggest bout in women's boxing history.

In the meantime, the WBC/WBO junior middleweight champion and undisputed middleweight champ couldn't help but weigh in on the upcoming mega fight between Katie Taylor and Amanda Serrano — a bout that was originally set for May 2, but was recently rescheduled to July 4 due to the coronavirus.

"I always hope that let the best woman win, but I think that Amanda Serrano is stronger," Shields began telling FightHype.com recently. "I don't think that she's more skilled (than Taylor). Katie Taylor's skills to me are very high, but her skills can kind of make her lack in other places like her power and her head movement. I think she takes too many punches at times when she fights."

After the astute analysis, Shields even delved into making a bold prediction.

"I think Amanda Serrano has the power and has a good skillset herself to beat Katie Taylor by a 60-40 split," Shields said. "I know Amanda Serrano is punching hard."

To her prediction and that latter point, one could look to Serrano's 38-1-1 record, which includes 28 KOs, as proof. Shields also refers to Serrano's unanimous decision over Heather Hardy in September, saying "she put (Hardy) through hell."

Shields also revealed that Serrano asked her to spar with her in preparation for the Taylor fight — something that Shields says can happen.

Serrano, women's boxing's only seven-division world champion, will also have avenging her older sister Cindy Serrano's loss to Taylor, as extra motivation. Taylor shut out Cindy by unanimous decision in October 2018. Amanda's trainer, Jordan Maldonado, is also Cindy's husband. Both Amanda and Maldonado have vowed to avenge that defeat.

Taylor isn't bothered by it.