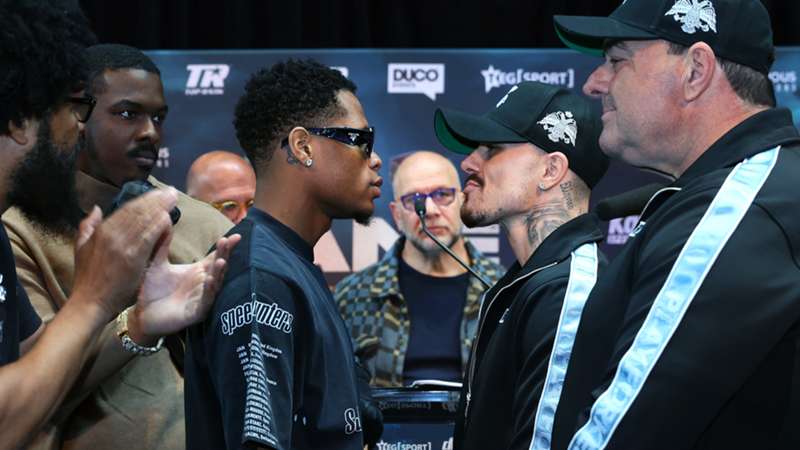 What the undisputed lightweight king and former champ must do to be successful in their highly-anticipated rematch.

Devin Haney produced a boxing masterclass in delivering a unanimous decision over George Kambosos Jr. to become the undisputed world lightweight champion in June. Now, “The Dream” looks to make it 2-0 against the rugged former champ, putting his four titles on the line against Kambosos on Saturday night (ET), live from the Rod Laver Arena in Melbourne, Australia.

With the undisputed crown at stake, DAZN lists the keys to victory for each fighter in this highly-anticipated rematch.

Look for the uppercut

Devin Haney stepped into his jab quite a bit in their first clash. In fact, Haney’s jab powered his victory as he was able to piece it together with stinging combinations. Haney stepping into that snap jab in this rematch should empower Kambosos to attempt an uppercut. If he could land the uppercut sharply, it may serve as a deterrent to Haney stepping into the jab and maybe even alter the course of the fight.

Kambosos had success with his right hand during moments of his clash with Haney, even briefly stunning “The Dream” with the shot. But if he has any chance of turning “The Dream” into a nightmare, Kambosos has got to let go of that right hand more. Whether that’s right hooks or overhand rights, Kambosos must be willing to unleash that weapon a lot more than he did in their original fight. Doing so will give him the best shot of avenging his loss.

Haney controlled the entire first fight with his jab. It disturbed Kambosos’s timing and took away a lot of his fight game in their first bout. So, it shouldn’t come as a surprise to offer that the Australian has to be more aggressive in this rematch. He can’t afford to allow Haney to dictate the pace because if he does, he’ll fall 0-2 against the American. As stellar as Haney is, an uptick of aggression from Kambosos might still not be enough. But he’s got to take it there to at least know he’s given his all. The aforementioned uppercuts and right hands along with a counter for every time Haney tags him should help.

Until Kambosos demonstrates that he’s found a solution to combatting Haney’s jab, the undisputed world lightweight king should keep pumping it. Haney brilliantly jabbed Kambosos from the outside as well as stepping into the same weapon of choice. Each time, Kambosos failed to come up with any defense. Haney shouldn’t stop with it now.

Look for his own right hand

After Haney established the jab in their first fight, he soon found the opening to piece it together with stinging combinations that ended with piercing right hands. If Haney starts piecing those combinations together early in this rematch, we might not need judges to decide a winner.

Use Kambosos's aggression against him

In front of his home Australian crowd for the second time, there’s a good chance that Kambosos is going to turn his aggression up a notch. And when he does, Haney can time his counters and turn Kambosos’s aggression against him. As aforementioned, if Haney softens Kambosos up with the jab and unleashes combinations early, they could pave the way for “The Dream” to go for a knockout victory and secure his first undisputed championship defense.