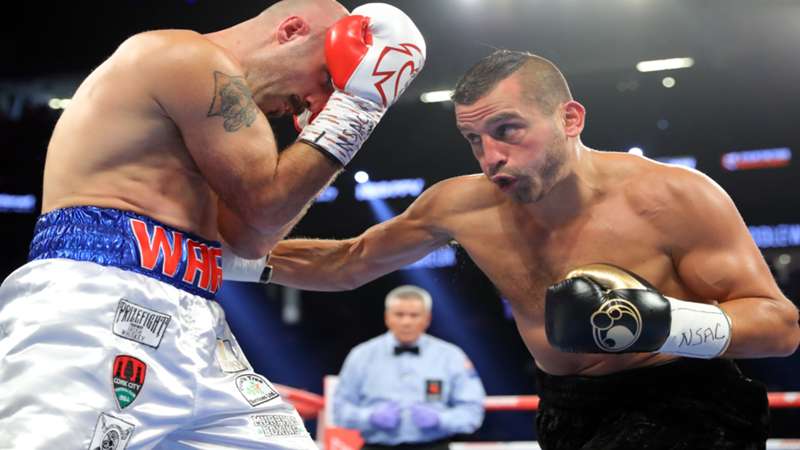 Is the opinion shared by the former middleweight champion accurate?

Dmitry Bivol surprised everyone except those closest around him when he defeated Canelo Alvarez ten days ago to retain the WBA (super) light heavyweight title.

Even though he lost, Alvarez is still the undisputed super middleweight champion. The question is, what does he do next?

Does Alvarez invoke the rematch clause? Will he go back to 168 pounds, complete the trilogy with Gennadiy Golovkin and stay at the weight class that suits him best?

A pivotal super middleweight bout occurs on Saturday as former two-time WBC champion David Benavidez takes on former IBF middleweight titleholder David Lemieux. The winner becomes the interim WBC 168-pound champion and lines himself up for a future crack at Alvarez. On what Alvarez should choose for his next option, Lemieux believes he shouldn't take the Bivol rematch.

"Dmitry is too big for Canelo," Lemieux told DAZN. "In certain weight categories, there’s weight categories put in perspective for that reason. We very clearly saw that Canelo was really not in his weight category. Dmitry Bivol is a great fighter, but so is Canelo. So I think each fighter has their weight category with respect. If you go too much, too far apart, it'll catch up with you eventually, except if you're Manny Pacquiao."

Ahead of Saturday's clash, Benavidez has discussed facing Jermall Charlo, Alvarez, and Caleb Plant. Talking about other opponents instead of the one who will be standing across from him can be perceived as Benavidez overlooking Lemieux. If that is the case, Lemieux will have another thing coming for Benavidez.

"In my book, if you haven't grasped through A, you can’t go looking for plan B before you get through A," Lemieux feels. "So if his mindset is elsewhere, that's good for me because my mindset is on Saturday night. I think certainly a surprise is coming on his behalf if his mind is not there."