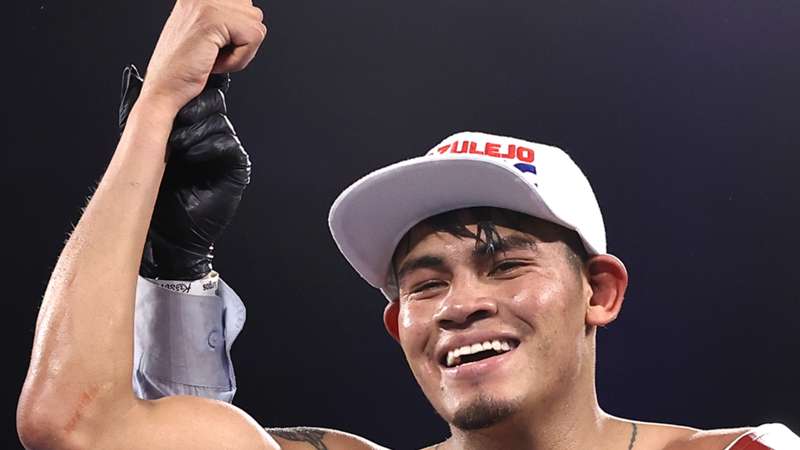 It wasn't looking good for the champion until he responded with his power equalizer.

Emanuel Navarrete was down on two of the three judges' scorecards with his corner imploring him to show some urgency against Eduardo Baez entering the sixth round.

That's when the WBO world featherweight champion responded with a three-punch combination, ending in a left hook to the body, to knock Baez out and retain his title at Pechanga Arena in San Diego, Calif. on Saturday night.

Not only did Navarrete thwart Baez's chances for an upset, as the challenger was boxing well through five rounds, but he also improved his record to 36-1 with 30 KOs.

Navarrete, 27, also improved his chances to possibly meet with one of the other featherweight champions in the 126-pound division.

“I never underestimated Eduardo Baez," said Navarrete after the fight, as reported by Top Rank. "I knew that he was an excellent fighter and the fact that he hit pretty hard. It was a lot more complicated than I anticipated.

"But then came that shot, and I was able to finish him. That’s a very Mexican punch. It comes with my blood. And you can see, I don’t throw a perfect left hook like you’re used to seeing. But this one came out perfect for me. And you saw the result because not many guys can take that shot.”

Baez was taking the action to Navarrete before the champ unloaded a right uppercut-left hook-left hook combination with the final shot taking the wind out of the challenger enough to bring him to a knee, where he wasn't able to beat the referee's count.