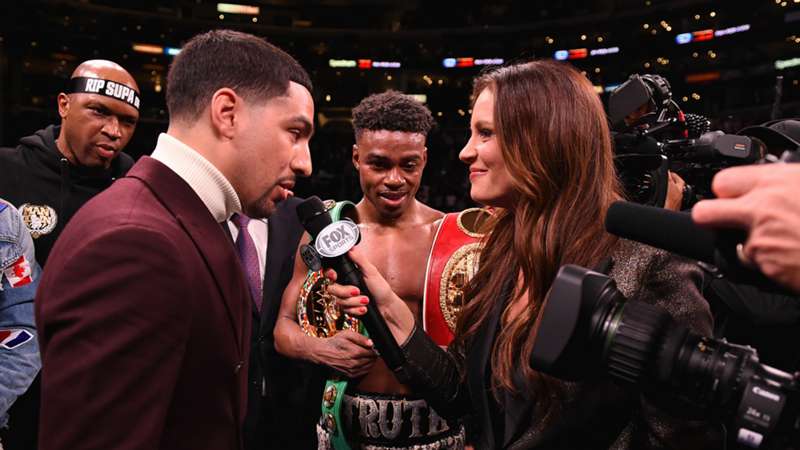 One of boxing's marquee fights gets a new date.

Errol Spence Jr. will get a chance to go back to where he achieved one of his greatest triumphs.

On Thursday, it was revealed that instead of competing on Nov. 21 versus Danny Garcia, Spence will now put his WBC and IBF welterweight titles on the line against the former two-division champion on Saturday, Dec. 5, from AT&T Stadium in Arlington, Texas, the home of the Dallas Cowboys. Fans will be allowed inside the venue, but it's unknown how many people can attend the fight.

Spence (26-0, 21KOs) competed at the famed building in March 2019, dominating Mikey Garcia to win by unanimous decision in front of an announced crowd of 47,525 people to retain the IBF belt. He went on to gain the WBC strap in his next contest, defeating Shawn Porter in September 2019 via split decision in one of the year's most exciting bouts.

Following the fight, Garcia entered the ring and laid down the challenge to Spence, who accepted the offer. They were set to lock horns on Jan. 25, but Spence got into a horrific automobile accident last October and had to bow out after suffering multiple injuries. The 30-year-old could have taken a tune-up but wanted to jump right back into the fire with one of the marquee talents at 147 pounds.

"Having my comeback fight be in front of my hometown fans at AT&T Stadium is added motivation and a dream come true," Spence said in a press release. "It means even more because I'm going up against a great champion in Danny Garcia. I know people are looking out to see if I've lost a step or won't be at my best, but I'm 100% focused, and everything is on point in training camp. I just can't wait to go out there on December. 5 and put on a show."

After losing the WBC welterweight title to Porter in September 2018, Garcia (36-2, 21KOs) has won back-to-back tilts, knocking out Adrian Granados and defeating Ivan Redkach by unanimous decision. Garcia has come up short against the upper echelon in the division, with his only losses coming to Keith Thurman and Porter. Philadelphia native says he's ready to put the past behind and reestablish himself in what has become boxing's glamour division.

"I'm very excited to get back in the ring," Garcia said. "This is going to be my second fight of 2020, even though it's been a crazy year with the pandemic and everything. I'm glad we're finally getting back to where we were and that we'll be able to bring this fight to the fans. This matchup is a mega-fight unification bout. It's my opportunity to reclaim my spot at the top in this division and become a five-time world champion. Training and sparring has been going really well. I'm extremely prepared for this already, and it can't get here soon enough. Come December 5, I will be crowned unified champion!"