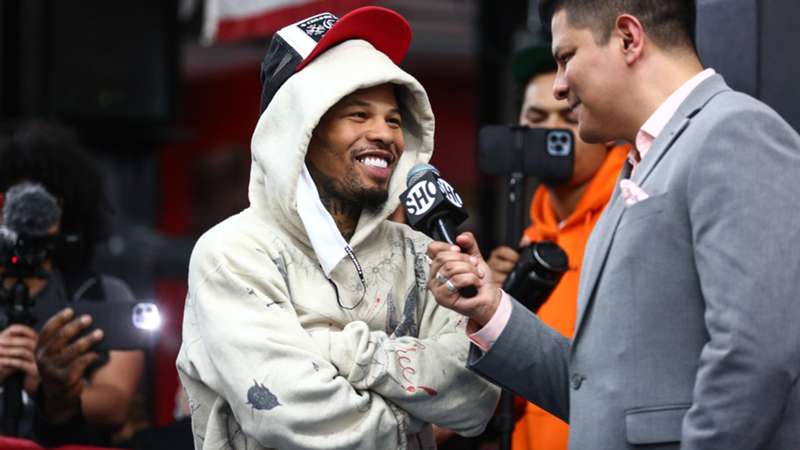 The pair will finally meet in New York on Saturday night.

The war of words between Gervonta 'Tank' Davis and Rolando Romero has restarted ahead of their lightweight clash on Saturday at the Barclays Center in New York.

The pair were orignally set to meet last December before a sexual assault case against Romero postponed the fight. Since then the case has been dropped.

Speaking during the media workout at the famous Gleason's Gym in Brooklyn, Davis is looking forward to making Romero pay for all the trash talking he has done in the build-up to the fight.

"I’m not emotional about what ‘Rolly’ is saying. At first I was, but he showed me that he’s just a hype job," Davis said.

"He’s trying to hype himself up to get into the fight. It feels like he’s acting fake right now. He’s never been in this position and you can tell.

“A lot of fighters are calling each other out but aren’t fighting. He worked his way up to this point and called me out.

"Now the fight is happening, so it’ll be great to have him on my resume after he talked all that trash."

As expected, Romero wasn't afraid to give his thoughts on Davis' previous performances and is predicting a quick finish come Saturday night.

“Look at the resume of his fights. He’s faced weight-drained guys, U.K. fighters, 122 and 126 pounders, and guys past their prime. Mario Barrios was weight drained in a damn bathtub for eight hours straight. I also thought Isaac Cruz beat him up," Romero claimed.

“He’s going to get knocked out in one round. He’s been knocked down in the gym a bunch of times. He gets wobbled, knocked out and all sorts of hurt. I feel bad for him.

“I’m going to go in there and beat him up. That’s my only game plan."