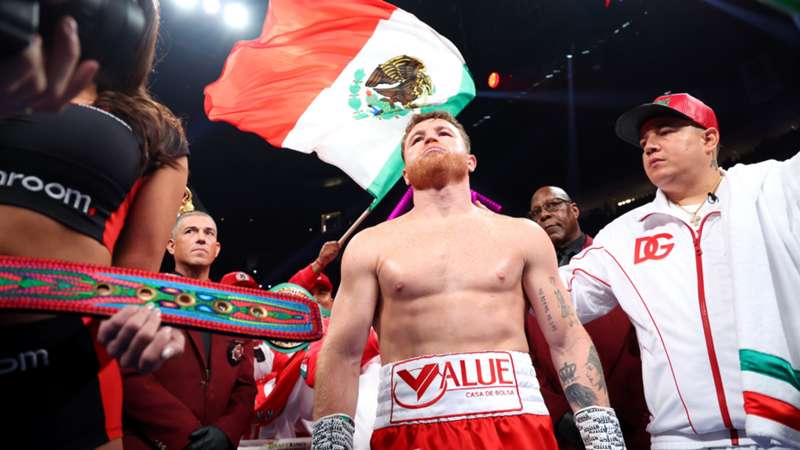 Both fighters are undisputed champions.

The DAZN Boxing Show discussed the top 10 in their power rankings.

Tyson Fury had defeated Derek Chisora in a one-sided contest in London on Saturday night, and on the other side of the Atlantic, Juan Francisco Estrada went 2-1 up in his trilogy rematch with Roman ‘Chocolatito’ Gonzalez, but there was no room for any of those four in their picks.

Barak confirmed Terence Crawford still at number one: “Undefeated, the most dominant guy in the sport,” he said.

Crawford fights this weekend when he puts his WBO welterweight title on the line against David Avanesyan.

Number two on the list comes Saul ‘Canelo’ Alvarez, with the Mexican expected back around May 2023 for a Cinco de Mayo clash, with an opponent yet to be announced.

Barak explained: “Then you got Canelo, he’s still at the top. I know some of the people threw him off because of his loss to [Dmitry] Bivol but in our opinion he does not belong at the 175lb division and he did not get demolished. He’s too small.”

Ak added that Canelo deserved credit after, “Coming off a big win against GGG [Gennadiy Golovkin].”

Number three went to Errol Spence Jr., with many in boxing expecting that he will follow up his win over Yordenis Ugas with an undisputed match-up against Crawford.

Undisputed lightweight champion Devin Haney was eighth, with his potential future rival Vasily Lomachenko in at nine, and ex-super featherweight champion Shakur Stevenson is 10th, described as ‘one of the most skilled fighters’ in the game.

The list contrasts with DAZN News’ top 10 rankings, which you can read here.