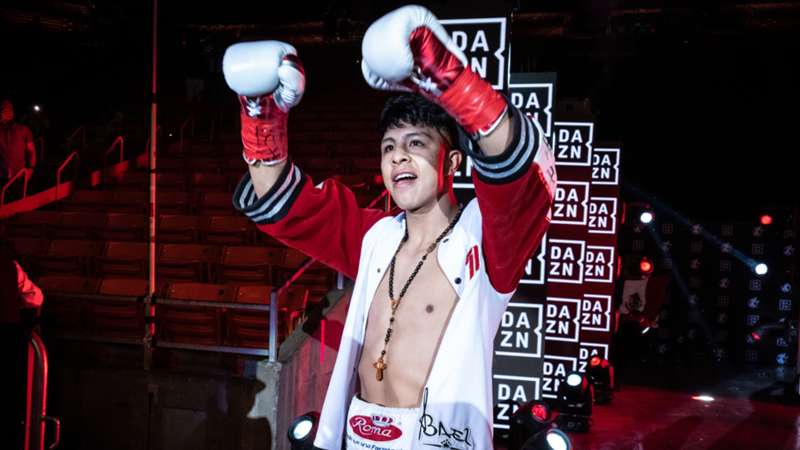 The pair will square off June 11, live worldwide on DAZN (excluding Mexico).

"I am very excited to return to Anaheim and fight in front of all the fans against a high-quality English rival like Kelly," said Munguia.  "It won't be an easy night, but we are preparing very hard. This new edition of Mexico vs. England will be very exciting for all fight fans, and I am convinced that I will pass this test and be on my way to a world title soon!"

“As a child, I dreamt of fighting in America, that dream came true when I beat the undefeated Kanat Islam,” said Kelly. “Munguia is the number one guy at 160lbs. To be the best, you need to beat the top fighters in the world. June 11 can’t come quick enough. Munguia is in for the fight of his life.”

The "Pride of Tijuana," Munguia is ranked as one of the top middleweights in the world by all sanctioning organizations. After a spectacular victory against "King" Gabriel Rosado in November 2021 and a knockout victory against D'Mitrius "Big Meech'' Ballard during his homecoming in February 2022, Munguia is on a mission to prove he is the best in the division and elevate his record to 40-0. A former world champion in the junior middleweight division, Munguia has successfully defended his titles and record against challengers. After defending his world title five times against fighters like Liam "Beefy" Smith, Brandon "Bad Boy" Cook, Takeshi Inoue, Dennis Hogan, and Patrick Allotey, Muguia will be ready to defend record when he faces Kelly on June 11.

Undefeated since 2019, Kelly stunned the boxing world last time out beating Islam via a majority decision in February. Ranked No. 4 in the middleweight division in the UK, Kelly will be prepared to claim another victory during his second US outing. A former world title challenger, and a former holder of the WBO inter-continental super welter title, Kelly will be looking to elevate his profile, record, and standing in the world rankings vs. Munguia.