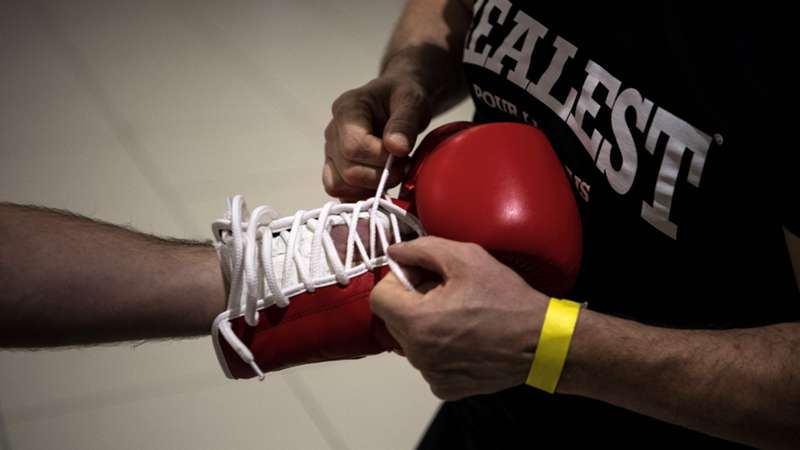 Janibek Alimkhanuly and Danny Dignum battle it out for the vacant WBO interim world middleweight title.

Janibek Alimkhanuly looks to continue his rapid ascent through the professional ranks when he takes on the undefeated Danny Dignum in Las Vegas.

Alimkhanuly has been on the fast track to a world title shot since turning pro in 2016 and after producing seven knockouts in 11 fights, the former Olympian has become an avoided name in the middleweight division.

However, Dignum's height and size advantage will provide a different challenge for Alimkhanuly.

Also featuring on the card is former WBO super featherweight champion Jamel Herring who takes on Jamaine Ortiz in a lightweight contest.

Here's everything you need to know about Alimkhanuly vs. Dignum.

When is Alimkhanuly vs. Dignum? date, start time

The main card is set to get underway at 8 p.m. ET / 1 a.m. BST with main event ringwalks scheduled for 10 p.m. ET / 3 a.m. BST. These timings could change due to the length of the undercard fights.

What channel/stream is Alimkhanuly vs. Dignum?

Where is the Alimkhanuly vs. Dignum fight?

The fight takes place at the Resorts World Event Center in Las Vegas.