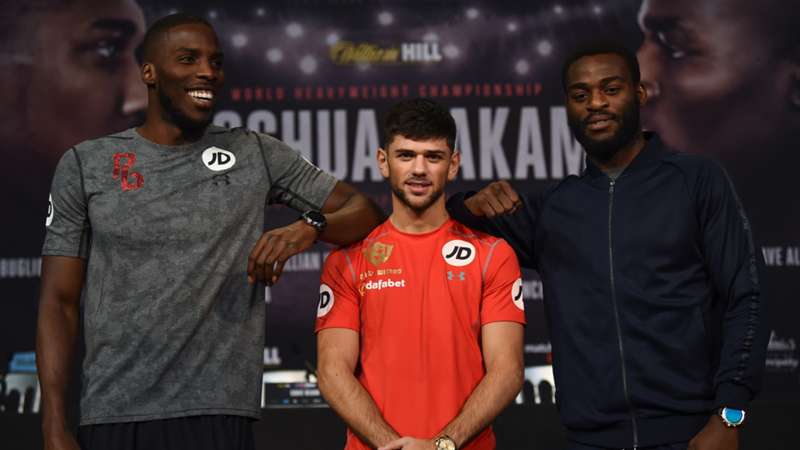 The next few weeks are huge for British boxing as two of our Olympic stars from the 2016 games in Rio look to make statements, and you can watch them both on DAZN  (except Australia and New Zealand).

We've seen several fighters from those summer games, such as Shakur Stevenson and Katie Taylor, become world champions, and now Britain is set get in on the act as Joshua Buatsi and Joe Cordina face the toughest tests of their pro careers two weeks apart.

This Saturday, in what should be a very lively O2 Arena, South London rivals, Buatsi and Craig Richards, will look to settle who is the best light-heavyweight in the country and I can’t wait to watch it. This is a big moment for both men and that’s the way it should be. A huge arena fight with a good story attached where the winner moves onto world level.

For Buatsi, this represents the next step in his development. Emerging from the Olympics as something of a surprise medalist, Buatsi has been very impressive in the pro game so far and has had everything pretty much his own way. A domestic fight in front of a big crowd is always an interesting test for a fighter on his rise up the rankings, but if Buatsi wants to reach the highest level possible then he has to pass this test.

In Richards, Buatsi is facing a fighter who has had to come up the hard way. There was no Olympic coverage for the man they call ‘Spider’ because Richards was doing it the hard way and coming up without much fanfare. His losses to Frank Buglioni and recent Canelo Alvarez conqueror, Dmitry Bivol, were incredibly competitive, and he’ll be no pushover for Buatsi.

I’m expecting Buatsi to rise to the occasion this weekend and finally show the world what he’s capable of. There could be a few tough moments along the way, but if Buatsi can come through this and look good doing so, then I really believe that British boxing has a big star on their hands. I’m excited to watch it all unfold.

Two weeks later in Cardiff, one of the fighters I’ve been impressed with in recent years gets his first world title shot as Joe Cordina challenges Kenichi Ogawa for the Japanese fighter’s IBF super-featherweight title. It’s a fight that I believe Cordina has long been ready for because his maturity in the ring is something to admire. This is a huge night for him.

Like Buatsi, Cordina has been brought along brilliantly by a team that cares about him and this could be the perfect time for him to become world champion. His boxing IQ is excellent, and he’s always relaxed whenever I’ve seen him box. His one round knockout against Joshuah Hernandez last year suggests he’s punching harder as he moves up the levels, and that could be a big asset against Ogawa.

If Buatsi and Cordina emerge victorious in their next fights, then that’s two British fighters making a solid dent on the world scene.

The talent on display in the 2016 Olympics has been delayed hitting the heights in the pro game due to the COVID-19 pandemic that swallowed a good chunk of activity for boxers. Buatsi and Cordina have an ideal opportunity to be rewarded for their patience and I think both can get the job done in as they display everything brilliant about British boxing at both amateur and pro level.