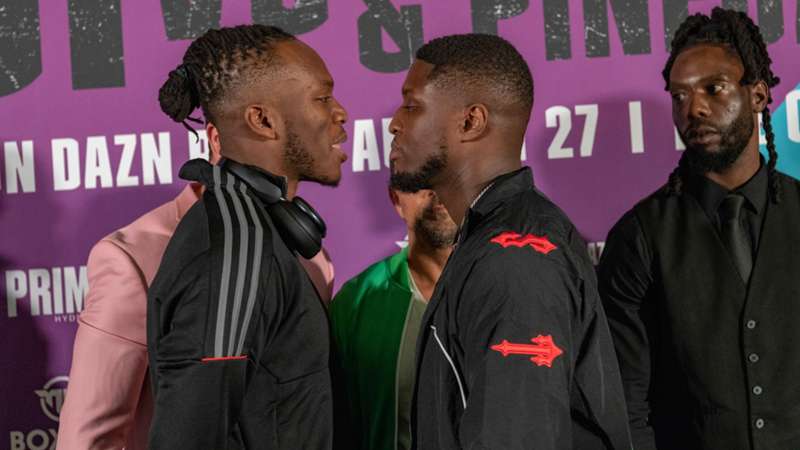 Misfits Boxing
Check your region for KSI vs. Swarmz on DAZN

The YouTuber boxer didn't waste time delivering a second-round TKO of the British rapper on Saturday at London's O2 Arena.

From the opening round, the YouTuber put Swarmz in trouble by spinning him around and dropping him with a right hand.

Although Swarmz survived that frame, he wouldn't last much longer as KSI caught him with a chopping left hook in the second round to deposit him on the canvas once again. Swarmz, who took the fight on two weeks' notice and without any prior boxing experience, looked over to his corner. The referee then stopped the bout seconds later, signaling a second-round TKO for KSI.

"I was like cool, get him out and now I'm ready for my next one," a victorious KSI told DAZN after recording the win.