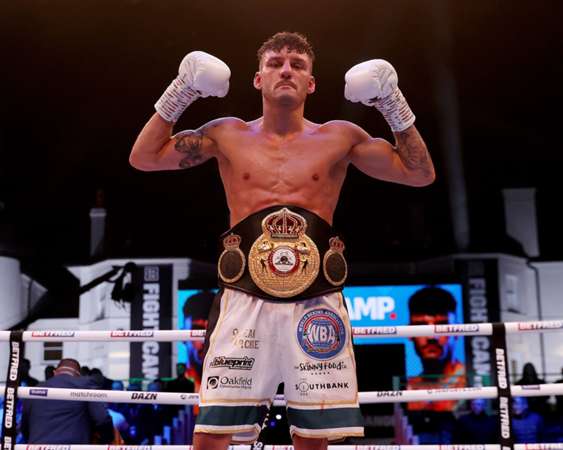 Leigh Wood is ready to settle the score with Jazza Dickens.

After getting his hands on a version of the world featherweight title, Leigh Wood has the taste for more. The Nottingham fighter finally delivered on his potential with a stunning performance against China’s Can Xu as he dominated from the first bell before scoring a final round stoppage.

For years, Wood had been described as one of British boxing’s most talented fighters, but several delays in his career had prevented him from displaying his proper credentials.

A defeat to Jazza Dickens in last year’s MTK Global Golden Contract tournament looked to have halted Wood’s journey to the top. Still, he has rebounded brilliantly to put himself right in the mix at the business end of the featherweight division.

“I’m easy, redemption with Dickens would be great for myself,” said Wood shortly after becoming world champion. “Full confidence in Ben getting my tactics right for that fight, I had a bad night that fight, first southpaw I boxed as a pro, I’d like to put that right naturally.

“But if there’s bigger fights, I said I wanted the [Emmanuel] Navarrete fight, he’s explosive like me, that’ll be absolute fireworks. People might slate me and say it’s a regular title, let’s fight for the super title, let’s unify – I want big fights. My career was stalled earlier on. In three years, I’ve been British, Commonwealth, WBO European, and now World Champion. My best years are definitely to come.”